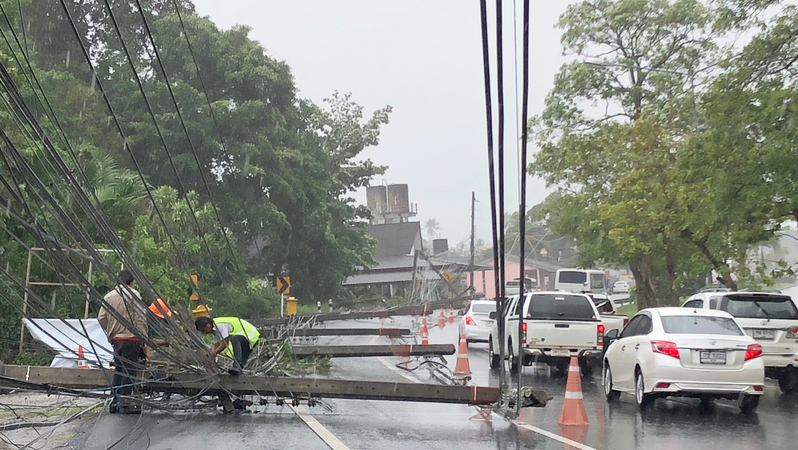 Official from the Bang Bua Thong electricity office managed to clear the poles from the two roads by 2am.

Two other power poles came down on the Bang Kruay-Sai Noi road in front of a Bang Chak petrol station and strong wind blew some metal roof sheets onto the road.