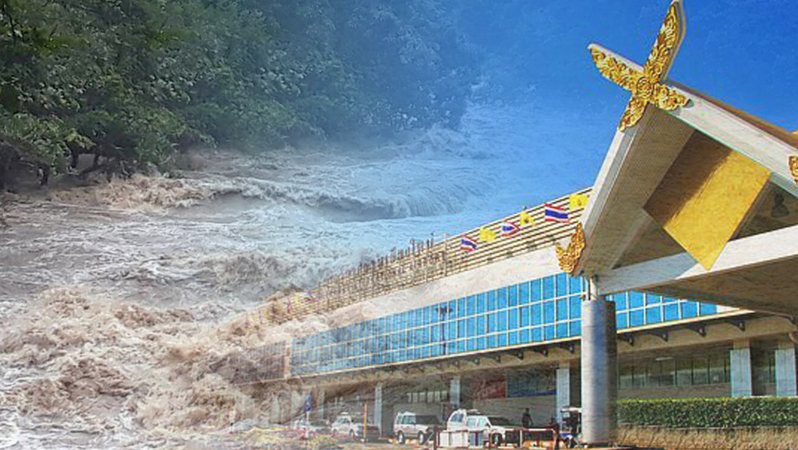 Officials from the Chiang Mai weather forecast office said 81.6 millimetres of rain fell between 4 and 7am causing run-off from the Doi Suthep Mountain to flow through the Wing 41 command centre and inundating the outer roads of Chiang Mai’s downtown area as well as the road in front of the airport .

Officials instructed passengers to use the Chiang Mai-Hang Dong road to reach the airport.