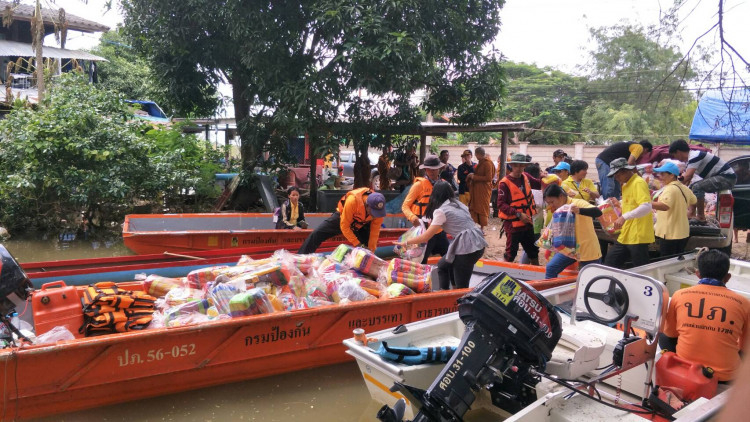 Over 20,000 people in four northeastern provinces continue to wait for evacuation from floods caused by tropical storms and the monsoon that have so far killed 34 people.

Chayaphol Thitisak, the director-general of the Department of Disaster Prevention and Mitigation reported on Thursday (September 19) that people in 32 provinces have suffered the effects of tropical storms “Podul” and “Kajiki”, as well as the southwest monsoon in the Andaman Sea and Gulf of Thailand since August 29, as flash floods, runoff and landslides hit 182 districts and 7,115 villages in the North, Northeast and East of the country.

“These storms and monsoon have affected 418,549 households, resulting in 34 deaths and many injuries,” said Chayaphol.

According to the director-general, the department is working with military and local offices to evacuate 20,620 people who remain stuck in affected areas in Yasothon, Ubon Ratchathani, Roi Et and Si Sa Ket.

“Besides sending vehicles to help evacuate villagers from their homes along with their belongings, we have also installed several water pumps to help divert floodwater from critical areas, as well as provided cooked food, drinking water and survival kits to flood victims,” said Chayaphol.

In the provinces where the flood situation is under better control, the Disaster Prevention Department will evaluate the damages to people’s residences, agricultural areas and public utilities, as well as provide financial aid according to the Ministry of Finance’s regulations as soon as possible, he said.

To get help regarding flood or other natural disasters, contact the Disaster Hotline 1784, which is monitored every day around the clock.