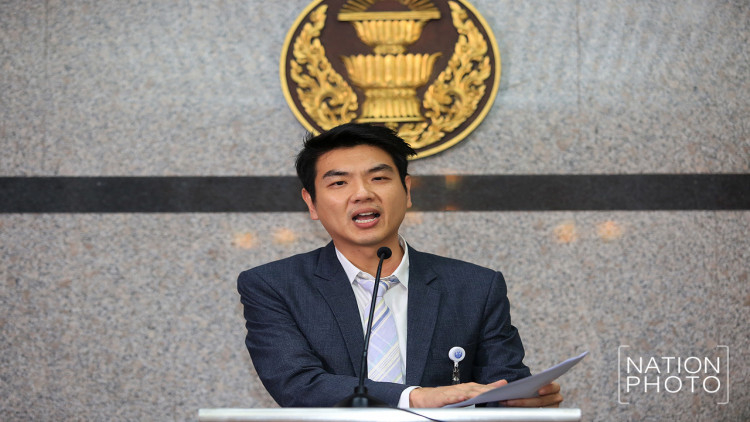 The opposition parties are disappointed with the government’s explanations as it defended itself against questions over the incomplete oath-taking by the Cabinet. The opposition are considering their next moves, such as moving forward the case to the National Anti-Corruption Commission or launching a non-confidence motion within three months.

Piyabutr Saengkanokkul, the secretary general of Future Forward Party said on Wednesday after the close of Parliament’s debate that he was disappointed by the government’s explanation. “It was pity that the government did not give a full answer to our 16 questions,” he lamented in referring to debates on the incomplete oath taking, government policies and the public debt.

The debate, which lacked a vote, was launched on Wednesday by the opposition as it sought answers to an incomplete oath-taking by Prime Minister Prayut Chan-o-cha while swearing in the Cabinet after the March general election. Opposition members accused Prayut of omitting the phrase in which he pledged to uphold the Constitution during his swearing in.

Piyabutr said that he had made an effort to ask what the benchmark should be for future practice regarding this issue, but Deputy Prime Minister Wissanu Krea-ngam failed to answer the question. Wissanu sidestepped the question with the answer that it was about the relationship between the Cabinet and the monarchy, said Piyabutr

Piyabutr added that there was more to Thailand than Prayut as prime minister and Wissanu as deputy prime minister, and many other leaders would come and go, so there is a need for a benchmark of oath taking.

While Prayut briefly defended himself during the debate, affirming that he respects all principles in the Constitution.

Prayut has previously acknowledged a personal responsibility for the incomplete pledging. Piyabutr said that during the debate, “Prayut did answer some questions, refuse to answer some and sometimes went out of the Parliament during a debate. In the end, we don’t get what the truth is.”

Asked about what the opposition would do next, Piyabutr said that one option is to forward the case to the National Anti-Corruption Commission as suggested by Wan Muhamad Nor Matha, leader of the Prachachart Party.

The other option is to launch a non-confidence motion when the Parliamentary session opens in November.

That leaves three months to proceed with a non-confidence debate, he said.

He said that if this controversial case leads people to believe that Prayut can always get away without scrutiny by any institution, that would go beyond the expectation of opposition parties.

“This is a matter for the whole society to ponder – that the Constitution is enforced on everyone, but exempts Prayut, doesn’t it?”