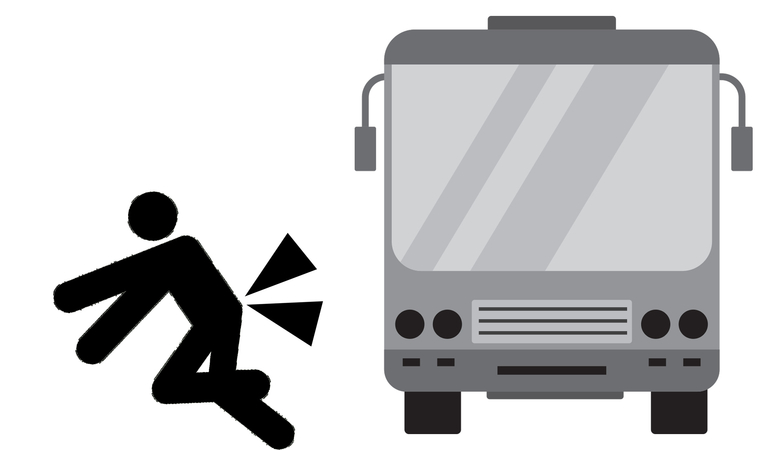 A bus failed to stop at a zebra crossing in Samut Prakan’s Bag Plee district, hitting and killing a Myanmar man on Thursday night, police said.

The victim was identified as Poi Wai Aung 26. His body was dragged along the road hit before the bus stopped.

The employee transport was driven by Supoj Promnil, 62, who is facing a charge of reckless driving causing death.

Supoj said he saw the man crossing the road at the zebra crossing and so slowed the bus in anticipation that the man would get across before his bus arrived at the crossing.

But Supoj said the man hesitated and paused and then ran to cut in front of the bus and he was unable to stop in time. He braked and swerved the bus into the barrier of the road island, but still hit the man, the driver told police.