Justice Minister Somsak Thepsuthin said on Friday (September 20) he had cancelled a contract with a private firm leasing electronic monitors (EMs) – ankle and wrist bracelets – to the Probation Department after the devices were deemed flawed.

He said the Office of the Court of Justice had been told to revoke court orders for 500 paroled offenders to wear EMs and to suspend their use pending consideration of the next fiscal-year procurement budget.

The ministry last month investigated an allegation that wearers could remove an EM on their own without the department being electronically alerted.

Somsak said the ministry cancelled the rental contract on September 11 and the department notified Supreme Distribution (Thailand) Co Ltd on Thursday (September 19) that the deal was off.

The department signed a 21-month agreement worth Bt74.4 million to lease 4,000 EMs through September next year. The department cancelled payment in full and levied a fine of Bt83,825,810 on Supreme Distribution, signalling breach of the contract’s terms of reference and damage to the state. 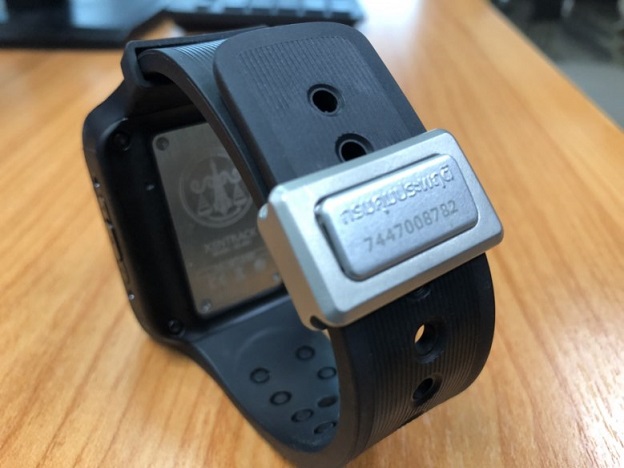 The damage was calculated at Bt1.7 million in delivery delay, Bt52 million based on Bt500 daily fine for each of the 4,000 devices not replaced within a demanded 26-day timeframe, Bt22,500 for two EM centre staff members who lost a month’s work, and Bt29.7 million because the department is left unable to spend its Bt21.6-million budget within this fiscal year and another Bt8.8 million in the next.

Somsak said the Office of the Attorney General would review the calculations.

EMs remain an important factor as the government attempts to ease prison overcrowding, he said. Thailand has 360,000 inmates behind bars and there are far more being jailed than there are prisoners being released or paroled.

Prasarn Mahlitrakul, director-general of the Probation Department, confirmed that the Office of the Court of Justice had been notified about the contract cancellation and provincial probation offices had been asked to submit reports on the 500 EM-tagged parolees.

He said judges could still order parolees to wear the court system’s own EMs or instead sentence offenders to periods of social service.