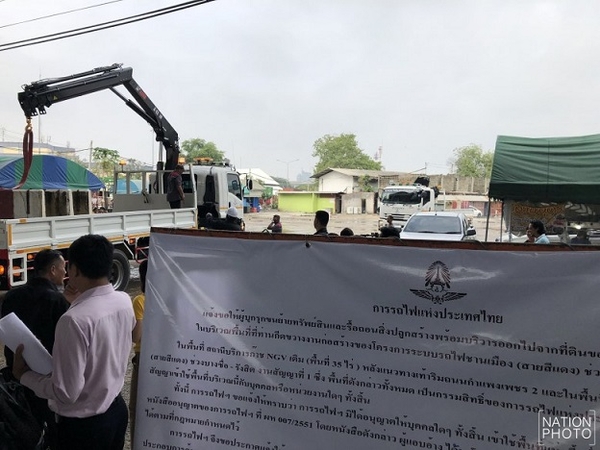 Officials from the State Railway of Thailand (SRT) and police officers showed up in the Mor Chit area of Bangkok’s Chatuchak district on Friday (September 20) with eviction orders for vendors who have been illegally using the 35-rai plot on Kamphaeng Phet 2 Road, which belongs to the SRT.

The officials also blocked the entrance of the area and called on the vendors to move out immediately as they said the stalls are obstructing the construction of the SRT Red Line suburban railway system for the Bang Sue-Rangsit extension. 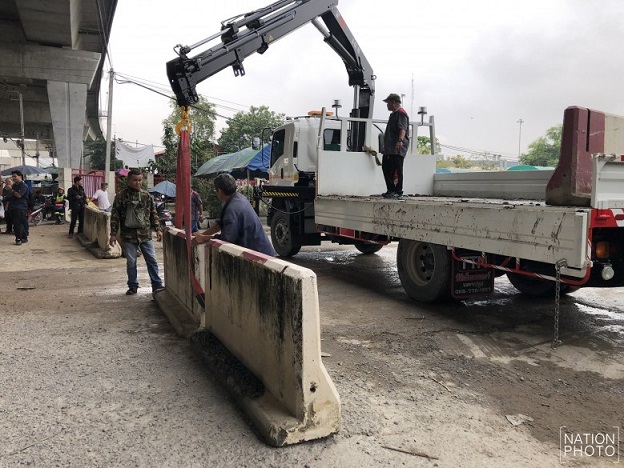 Acting SRT governor Worawut Mala said the agency had to step in because the vendors have been ignoring their calls for cooperation. The last such request was issued on September 2, when officials had called on the vendors to move out within seven days.

Meanwhile, businessman Chaisit Ngamsap and his lawyer produced receipts and a 2008 “contract” that “has not been revoked” as evidence to back his claim that he had been allowed to develop the 35-rai plot and collect fees for the SRT. 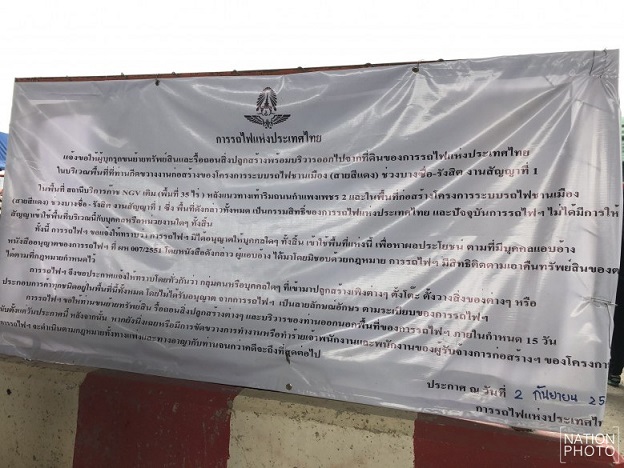 He also said that the SRT has been given Bt100 million to expropriate land for the rail system but has failed to pay compensation to the affected vendors. He also voiced suspicion that the SRT is trying to evict the vendors because it does not want to compensate the vendors or pay for the demolition of structures.