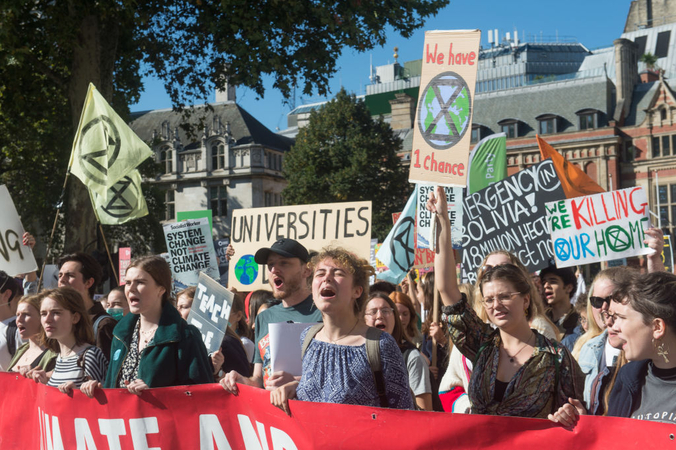 Students march around Parliament square in support of the global climate strike on September 20, 2019 in London, England. (Photo by Guy Smallman / Getty Images)

By Brady Dennis and Sarah Kaplan
The Washington Post

Young people from more than 150 countries are skipping school in solidarity on Friday as part of another series of global climate protests urging world leaders to act and protect humanity from climate change.

Friday’s strikes come three days before world leaders are set to gather at the United Nations on Monday for a much-anticipated climate summit. U.N. Secretary General António Guterres has insisted that countries bring with them promises of real action, such as vowing to reach net zero emissions by 2050, scaling back fossil fuel subsidies and halting construction of coal-fired power plants. 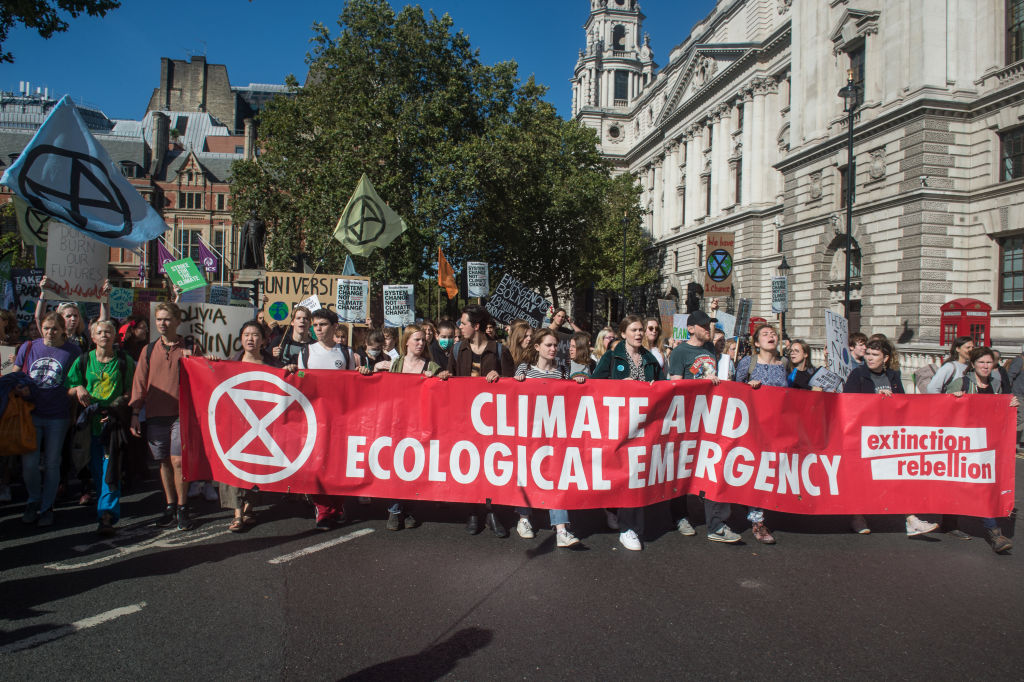 “I told leaders not to come with fancy speeches, but with concrete commitments,” Guterres told reporters earlier this week.

The summit will offer a key test of whether the world’s nations, which came together to sign the Paris climate accord in 2015, can actually muster the resolve to slash carbon emissions as rapidly as scientists say is needed to avoid the worst effects of climate change.

Looming over the proceedings will be the increasing pressure from a generation of youth who are demanding that their leaders take the problem more seriously -- and act more swiftly. The Friday demonstrations come more than six months after hundreds of thousands of students staged a similar coordinated effort to demand urgent action on climate change. 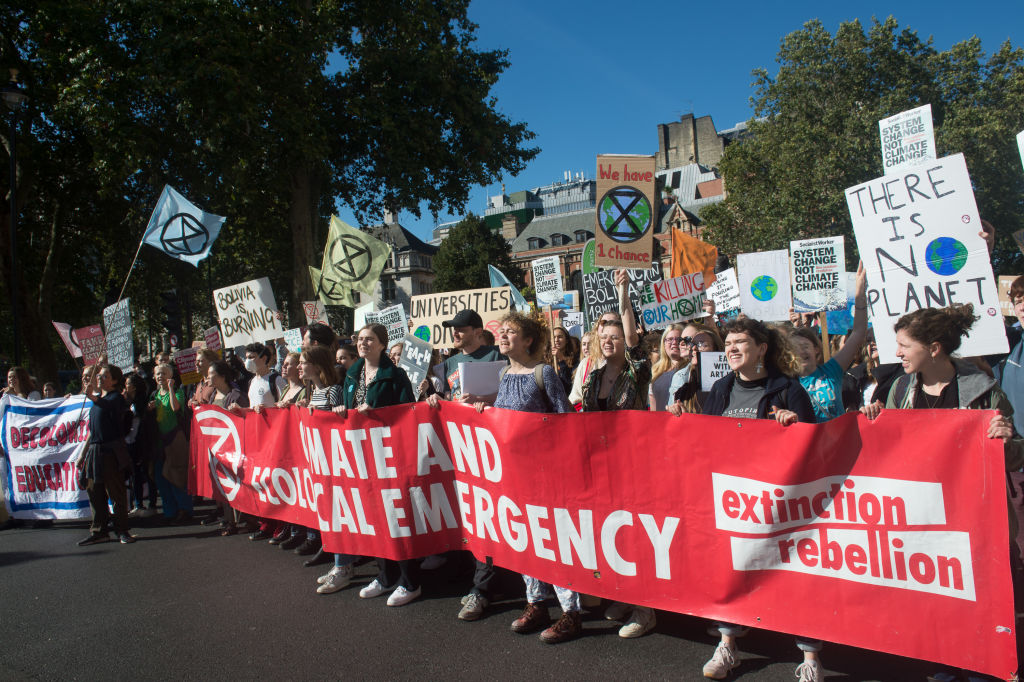 Among the largest of the protests is the one in New York that will be led by 16-year-old Swedish climate activist Greta Thunberg, who testified before Congress this week that nations must take “unprecedented” actions to cut their carbon emissions in the next 10 years.

The first wave of protests unfolded in Australia, where thousands of protesters of all ages urged their country, the world’s biggest exporter of coal and liquefied natural gas, to pursue a more significant policy to reduce greenhouse gas emissions. School Strike 4 Climate in Australia said that the more than 300,000 protesters on Friday represented the largest climate protest in the nation’s history.

Siobhan Sutton, a 15-year-old student at Perth Modern School, told the Associated Press that skipping school to attend a climate protest in Perth would result in her failing a math exam, but that it was worth it given what was at stake.

“I have basically been told that because it is not a valid reason to be missing school — it is not a medical reason or anything — I am going to get a zero on the test if I don’t actually sit it,” Siobhan, a protest organizer in Perth, told the AP. “Even though we ourselves aren’t sick, the planet which we live on is, and we are protesting and fighting for it.”

In Britain, protests are planned in scores of cities up and down the country, from Belfast and Bournemouth to Edinburgh and Exeter. The biggest protests are expected in London, where the city’s mayor, Sadiq Khan, said he supported schools that were allowing children to skip lessons and lectures in order to take part in Friday’s call for action. Demonstrations by schoolchildren and activist groups such as Extinction Rebellion, whose protest in London earlier this year led to more than 1,000 arrests, have helped to push the issue of climate change up to the top of the political agenda in the United Kingdom. In June, Britain pledged to become carbon neutral by 2050, the first country in the Group of Seven to do so. 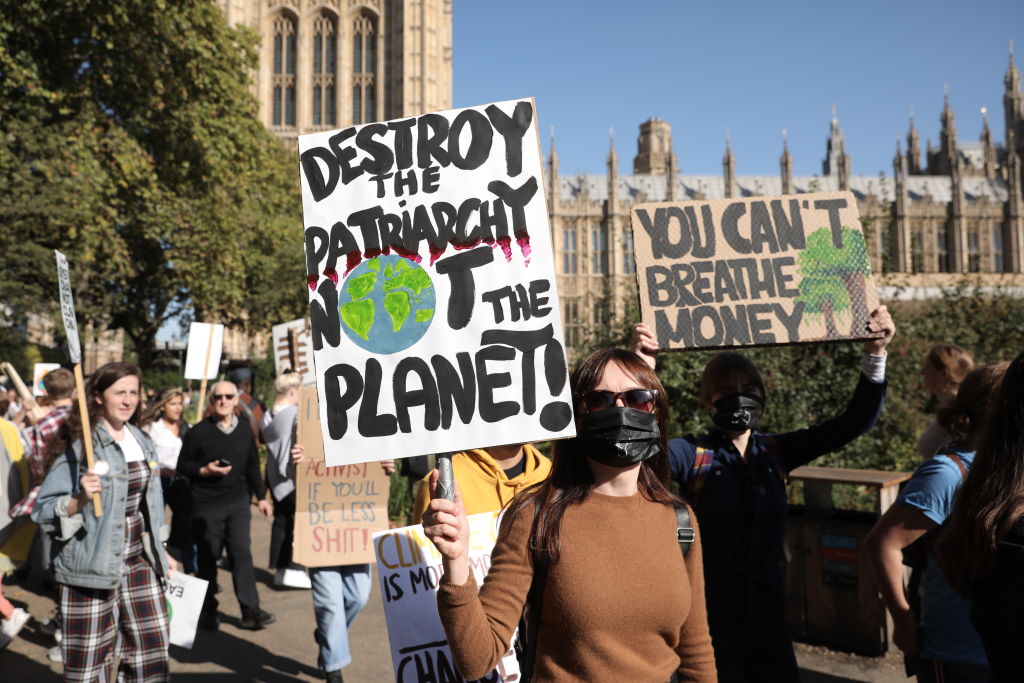 Protesters in climate-conscious Germany are planning more than 500 events to mark the global climate strike on Friday, including a large demonstration at Berlin’s Brandenburg Gate. The planned demonstrations in Germany come as Chancellor Angela Merkel’s government faces increasing public pressure to take bold climate actions following heat waves and Fridays for Future protests throughout the country.

Germany’s governing parties are holding a special meeting on Friday to finalize and unveil a new climate protection package.

In Moscow, Arshak Makichyan, a 24-year-old violinist who says he was inspired by Thunberg, staged a one-man protest after the government rejected his application to hold a group demonstration, the BBC reported. “I thought climate change was just science, but Greta had the right words to explain why it should worry all of us,” he said. Russia, which has been hit hard by climate change, ranks as the world’s fourth-largest emitter of greenhouse gases after China, the United States and India.

In New York, organizer Olivia Wohlgemuth took to the subways in a last-minute effort to recruit protesters Thursday night, handing out fliers on a Brooklyn-bound train and urging people to attend Friday’s rally near City Hall.

“This is the most important issue of our time,” said Wohlgemuth, a high school senior and activist. “We need you to join us.” Most of the passengers looked away, but a boy with a large backpack took off his headphones to listen and accepted a flier when she handed it to him. New York City Public Schools announced this week that students who skipped school to attend the strike would be granted an excused absence.

Kaplan and Dennis reported from New York. Luisa Beck in Berlin, Karla Adam in London, Michael Birnbaum in Copenhagen and Timothy Bella in Washington contributed to this report.