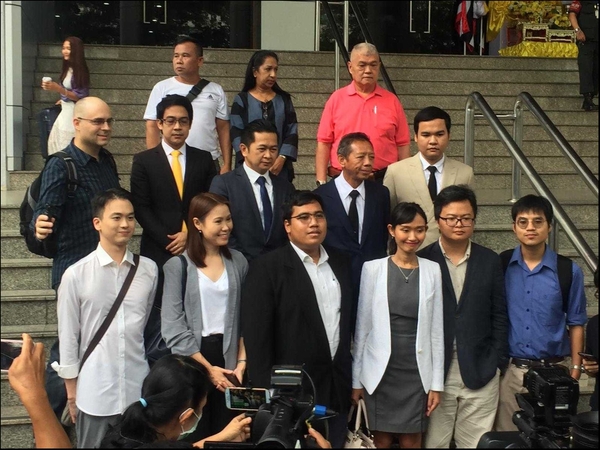 Amnesty International Thailand said it was delighted with the acquittal of pro-democracy activists and hoped that this will set a legal precedence for other cases.

The Criminal Court decided on Friday (September 20) to dismiss a case against six activists and members of the “We Want Elections” group, who were nabbed in November 2018 for rallying for prompt elections.

Piyanut Kotsan, director of Amnesty International Thailand, said: “Amnesty congratulates the six activists who should be commended for their bravery to exercise their right to the freedom of expression and peaceful assembly prescribed in the Constitution.

“The court decision to dismiss sedition charges pursuant to the Penal Code’s Section 116 this time attests to respect in the exercising of the rights and freedoms as provided for in the Constitution and the International Covenant of Civil and Political Rights, to which Thailand is party.

“Amnesty fervently hopes the verdict based on respect of human rights like in this case will set legal precedence, which shall be applied to other ongoing cases being filed as a result of the peaceful exercise of the rights and freedoms of other dissenters.”