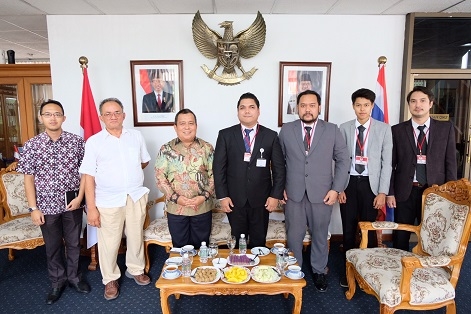 Sattra Sripan, Palang Pracharat Party MP for Songkhla, met with the Indonesian consul general Fachry Sulaiman on Friday (September 20) to hand in a petition calling on the neighbouring country to tackle and prevent haze from forest fires, which has this week shrouded Songkhla and southern border provinces.

Sattra and a team of officials met Sulaiman at 2pm to inform him of the impact the haze is having on people living in Songkhla’s Hat Yai district.

“People have to wear face masks and refrain from outdoor activities, while some have already developed respiratory problems,” he told Sulaiman.

The consul responded by saying that Indonesia was doing everything it can to prevent forest fires and even arrest those behind them, because the Indonesian public was also suffering from the haze. He also noted that in most cases, the forest fires were caused naturally from combustion and underground thermal heat. 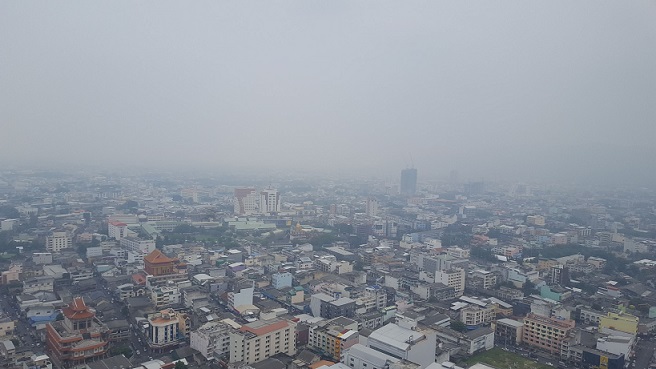 Meanwhile, people from Muang and Hat Yai districts also showed up at the consulate carrying placards to demand that Indonesia take immediate steps to solve this haze problem, which they say has been happening from August to October every year for the past decade. The districts have been covered in haze for three days this week, affecting visibility and people’s health.

Hat Yai reported PM2.5 – airborne particulates 2.5 microns or less in diameter – levels on Friday at 67 micrograms per cubic metre of air. The Thai safe level is 50mcg, which is already double the World Health Organisation’s recommended level of 25mcg.