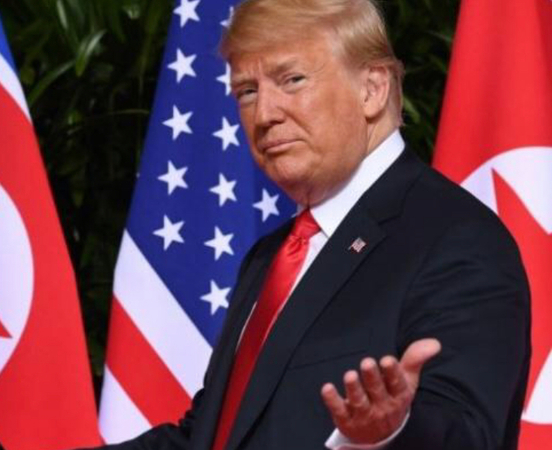 President Trump has approved the deployment of additional U.S. troops and air defense assets to Saudi Arabia in a muted military response to last week’s attack on Saudi oil facilities.

At a news conference late Friday following a White House meeting with Trump, Defense Secretary Mark T. Esper emphasized that the deployments were defensive in nature, and in response to requests from Saudi Arabia and the United Arab Emirates to help protect “critical infrastructure” from further attacks by Iran.

The chairman of the Joint Chiefs of Staff, Gen. Joseph F. Dunford, said that what he characterized as a moderate deployment, numbering in the hundreds, will be in addition to any forces and equipment the United States is asking other allies to contribute.

He said the military will determine the exact composition of the new forces, the second time in recent months that the United States has boosted troops in the region in response to Iranian actions. The Sept. 14 attack by drones and cruise missiles against two Saudi oil installations appeared to circumvent Saudi defenses, including six battalions of U.S. Patriot missile defense systems.

Esper said that it was clear that the weapons used in the attack “were Iranian produced and were not launched from Yemen” as Iranian-backed Houthi rebels there initially claimed. “All indications are that Iran was responsible,” he said.

U.S. to send troops to Saudi Arabia after attacks on oil facilities

Asked if further, offensive action was contemplated, Esper demurred, saying “this is the first step we’re taking.” U.S. military officials, concerned that the situation has the potential to escalate, said they were seeking to ensure that the response took a diplomatic path, or at least paired any military actions with diplomacy.

The announcement came after top Defense and national security officials met with Trump at the White House.

Earlier in the day, Trump announced new sanctions on Iran’s central bank, calling them “the highest sanctions ever imposed on a country.”

Iran, Trump said, “is going to hell” and is “practically broke.”

“It looks to me like they want to keep going at it … And when they go at it with us, there’s no way they win,” he said, a day after Iranian Foreign Minister Mohammad Javad Zarif said that any military strike against his country would bring “all-out war.”

Treasury Secretary Steven Mnuchin, who joined Trump at an Oval Office meeting with the visiting prime minister of Australia, said that “we’ve now cut off all source of funds to Iran.”

The Treasury Department charged that the Central Bank of Iran, whose directors were sanctioned last year, provides funding directly to the Islamic Revolutionary Guard Corps-Quds Force, itself designated as a terrorist organization for its support of proxy militias in Iraq, Syria, Yemen and elsewhere.

Other governments are now “on notice that they are risking the integrity of their financial systems by continuing to work with the Iranian regime’s arm of terror finance, its Central Bank,” Sigal Mandelker, the top Treasury official on terrorism finance, said in a statement.

The central bank was first sanctioned by Congress in 2011, but those restrictions were lifted by the Obama administration under the 2015 Iran nuclear deal. Trump reimposed them, and the new measures, under executive order, add an additional layer.

Sanctions on the National Development Fund, however, are a first.