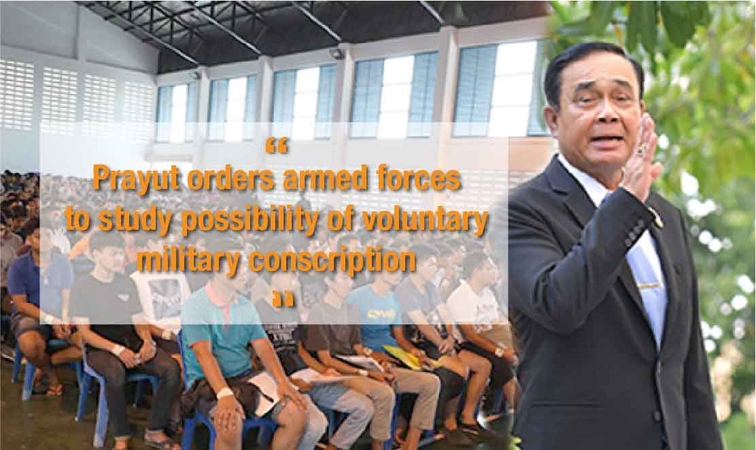 Prime Minister General Prayut Chan-o-cha has instructed the armed forces to study proposals to make the current mandatory military conscription voluntary to see whether such a practice would affect national security.

Defence Ministry spokesman Lt Gen Kongcheep Tantrawanit told a press conference Friday that Prayut gave the instruction in his capacity as the defence minister while chairing a meeting of the National Defence Council.

Kongcheep said the armed forces were told by Prayut to study whether the military’s personnel structure and its budget would be affected should Future Forward’s bill or a similar draft be deliberated for passage by the House. The armed forces were also told to look at whether other laws would have to be amended if military conscription were to become voluntary, the spokesman added.