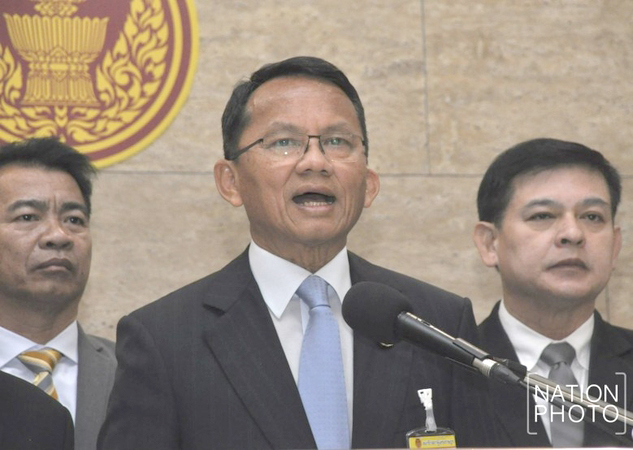 The justice minister has instructed officials to speed up paying compensation to "damaged parties" due to crimes, including the family of Karen rights activist “Billy” who was a victim of enforced disappearance, with an allocation of Bt176 million from the government’s central fund.

Justice Minister Somsak Thepsuthin said the Cabinet has approved Bt176 million from the central fund to pay compensation to families of crime victims.

Somsak said he had instructed all provincial justice offices to launch awareness campaigns for victims’ families to register with the offices to be eligible for compensation.

Somsak said the registrations will be open until the end of September 30.

Those who fail to register for compensation within the deadline will have to wait until the next round when the Justice Ministry will get a new allocation from the Cabinet.

Somsak said the wife of Porlajee "Billy" Rakchongcharoen, whose remains were found more than five years after he disappeared on April 17, 2014, would also be eligible for a compensation of Bt140,000.

Somsak said Billy’s wife would be contacted to register for compensation by September 30.

Regarding the ongoing investigation into Billy’s case by the Department of Special Investigation (DSI), Somsak said the DSI has asked for three months to wrap up the case and the deadline would be December.

At the time of his disappearance, Billy, a Karen environmental and community rights defender, was working with fellow-villagers and activists in Kaeng Krachan Park to prepare legal proceedings against officials over alleged burning of villagers’ homes and property in 2010 and 2011.