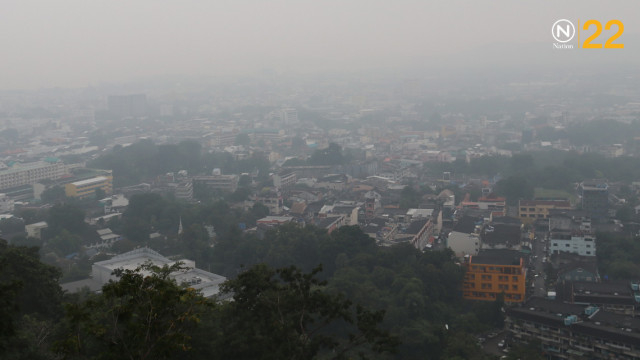 The Phuket sky was covered with heavy haze on Monday morning, which could be the effects from smoke emanating out of Indonesia. Local officials, however, haven’t confirmed that the Indonesia smoke is responsible.

Passenger aircraft were still able to land and take off at Phuket International Airport. However, related agencies are monitoring the situation closely.

The Phuket sky was reported to be quite dusky since Sunday, having been covered with fog, especially in the afternoon, with hazy conditions in Saphan Hin peninsula and Promthep Cape. Khao Rang Hill, one of the points to catch a glimpse of Phuket, was also hazy.

Some locals claimed that they were unable to see through the smog and it smelt like fire.