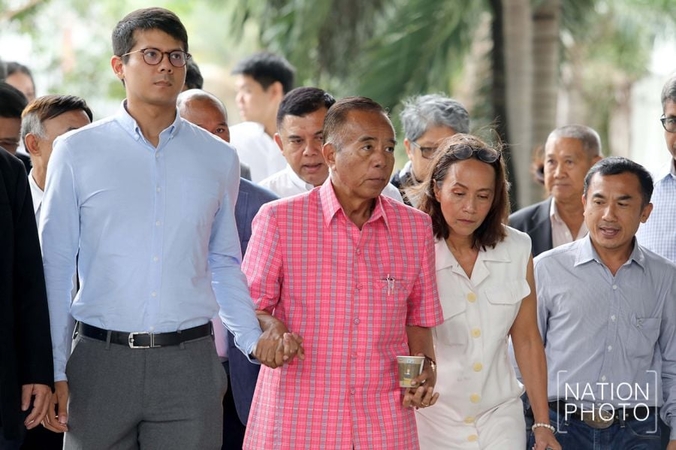 The Criminal Court, which was initially scheduled to read the Supreme Court’s verdict on Monday (September 23) on a case involving seven core members of the red-shirt United Front for Democracy against Dictatorship (UDD), had to reschedule as four defendants retracted their not-guilty plea and submitted their confessions instead.

This is the second time that the verdict reading has been postponed. The first time this happened was in July 31, when Veerakarn asked to be excused due to poor health.

Meanwhile, the Criminal Court said the case has been filed and that the defendants’ guilty plea will be submitted to the Supreme Court to consider.

Veerakarn told reporters outside the court that though he was still ill, he was ready to keep the court appointment to hear the Supreme Court’s verdict.

In September 2015, the Criminal Court found five defendants guilty, sentencing Nopparut to two years and eight months in jail, while Veerakarn, Weng, Natthawut and Wiputhalaeng were each given four years and four months in jail. Veerasak and Wanchai, however, were acquitted due to insufficient evidence.

The five appealed this verdict, and though the Appeals Court upheld the guilty verdict and maintained Nopparut’s original sentence, it reduced the term for Veerakarn, Weng, Natthawut and Wiputthalaeng to two years, eight months each. The five defendants then took their appeal to the Supreme Court, which slated the verdict to be read on Monday (September 23).