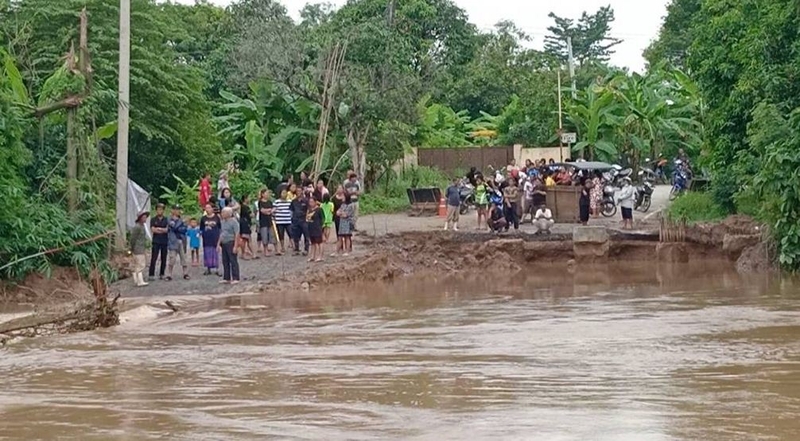 A file photo, taken on September 23, of a flooded area in Kabin buri district of Prachin Buri province

An Indian national has gone missing in a strong, overflowing stream amid floods in Prachin Buri province, prompting a frantic search for him and fears that he could have lost his life.

The missing man is identified as Nishad Pappu Kumar, who lived legally with a number of other Indian nationals in Kabin Buri district, selling goods to locals on monthly credit.

A friend of his handed over a black helmet to local authorities on Monday, saying it belonged to Kumar, who went missing on Sunday.

The discovery of the helmet prompted suspicions that the man probably tried to ride through strong flood currents on a motorcycle and ended up being swept away by the stream.

Rescue efforts are underway as of Monday evening and will continue until he or his body is found.