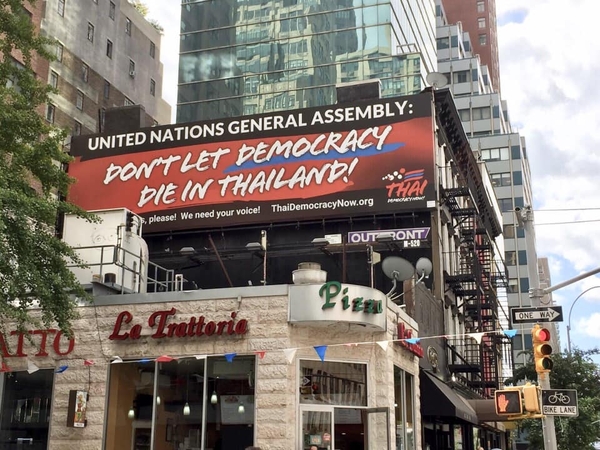 The Association of Thai Democrats without Borders’ president Jaran Ditapichai wrote to the United Nations on Monday (September 23) asking it to look into the government of General Prayut Chan-o-cha. 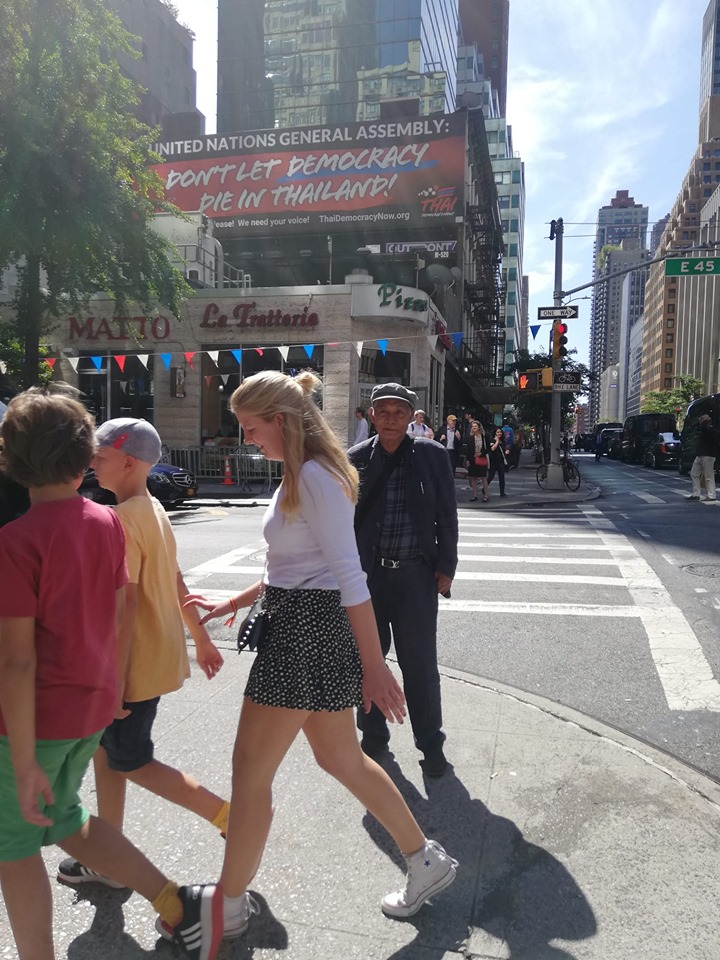 Jaran personally dropped the missive at a letterbox near the UN headquarters in New York and recorded the action with a selfie next to an anti-government sign saying: “Don’t Let Democracy Die in Thailand!”

In the letter addressed to the UN, Jaran described the administration as a military government in disguise, which has direct control over several state institutions such as the Senate, the Constitutional Court, Criminal Courts and the Election Commission. The pro-democracy association also called on the UN to seek a “Thailand Status Update on Current Political Situation”.