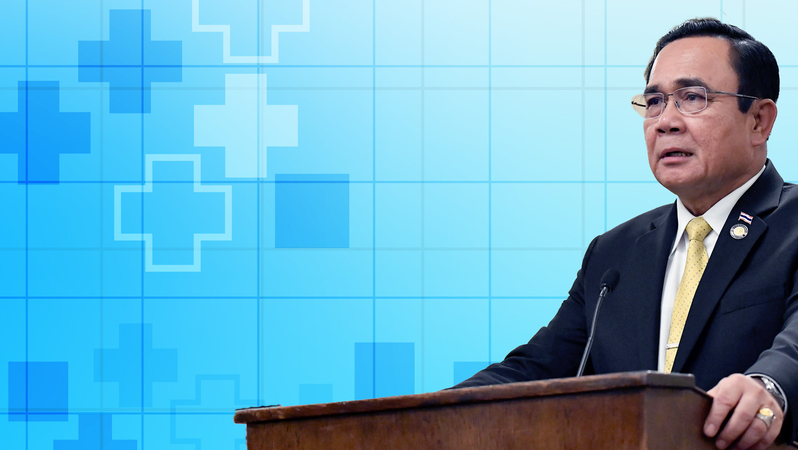 Prayut, who was in New York to attend the latest UN assembly, delivered a morning speech to a high-level meeting on universal health coverage.

He said Thailand’s success in providing basic public health services was based on the Kingdom’s universal healthcare system that covered almost 100 per cent of its people.

Prayut said the Thai government has invested in the people’s health for the sake of the country now and in the future. He said healthy people will be a force for the country’s development as it seeks sustainable prosperity.

The Thai prime minister told the UN meeting that universal healthcare could be achieved in any country if it has determination.

Prayut said Thailand’s universal healthcare is based on the three principles. The first is equality. Prayut said the Thai government had developed a system of universal healthcare so that all groups of people could access quality health services, and included health promotion, disease prevention and treatment of high-cost chronic ailments.

Prayut said Thailand will on October 1 expand its universal healthcare to cover the provision of anti-HIV viral drugs to at risk groups so they could avoid contracting the disease. That project was initiated by Her Royal Highness Princess Soamsawali, the UN ambassador for preventing the spread of HIV for the Asia-Pacific.

Efficiency is the second principle, Prayut said. The Thai government aims to increase the efficiency of its universal healthcare by allocating 15 per cent of healthcare funds to health promotion, while also supporting the establishment of local healthcare funds.

The third principle is participation. Prayut told the UN meeting that the heart of the success was participation by all sectors in the society in line with the government’s policy that all people feel that they have ownership of the programme.