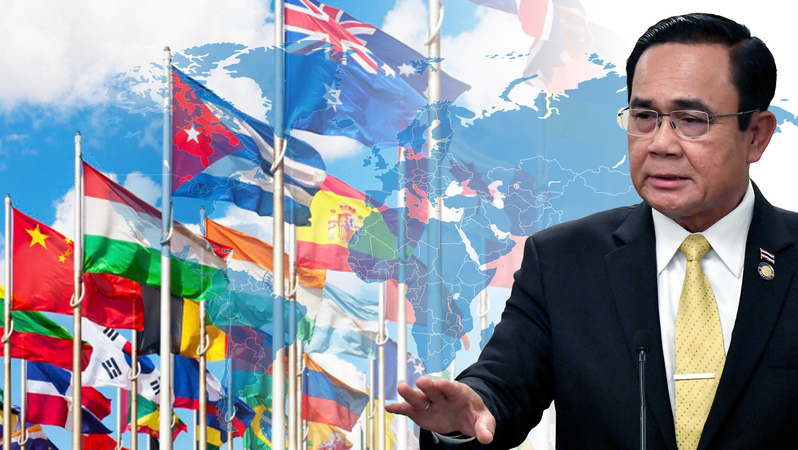 Prayut spoke to the United Nations Climate Action Summit 2019 in his capacity as the chair of the Association of Southeast Asian Nations at 3:45pm New York time.

During the address, Prayut said Asean was glad the climate action summit was being held, and expressed his admiration for the UN secretary general for playing a leading role in trying to tackle climate change.

Prayut said Asean nations were vulnerable to climate change and that its impact threatened social and economic development of the region. Asean has been taking measures to reduce emissions of greenhouse gases, he told the meeting, while its member countries are also taking steps to adjust to the changing climate.

Prayut said Asean nations are committed to taking part in efforts with the international community to fight climate change.

In the global level, Asean supports the Paris agreement on climate change, including supporting the section on nationally determined contributions, Prayut said.

At the regional level, Asean nations have been implementing measures under the 2025 Asean Social and Cultural Master Plan so that the region would have sustainable climate and communities that are immune to impact of climate change.

He said the Asean master plan has two goals – energy transition and reducing reliance on petrol.

Prayut told the meeting that Asean nations have achieved the goal more efficient use of energy, having reduced energy use by with efficiency. The region has reduced the use energy by 21.9 per cent compared to 2005.

The Asean nations will continue to save energy and to reaching a 30 per cent reduction in energy by 2025, while increasing their use of renewable energy by 23 per cent within the same year.

Asean is also working to reduce the use of petrol by small vehicles by 26 per cent between 2015 and 2025, he told the meeting.

Prayut said developed countries should provide financial and technological support to Asean to help it achieve the energy conservation goals.

“No single country can fight climate change alone. Asean is ready to be a partner to the international community to carry out actions regarding climate change to ensure a sustainable climate for the current and future generations,” Prayut said.