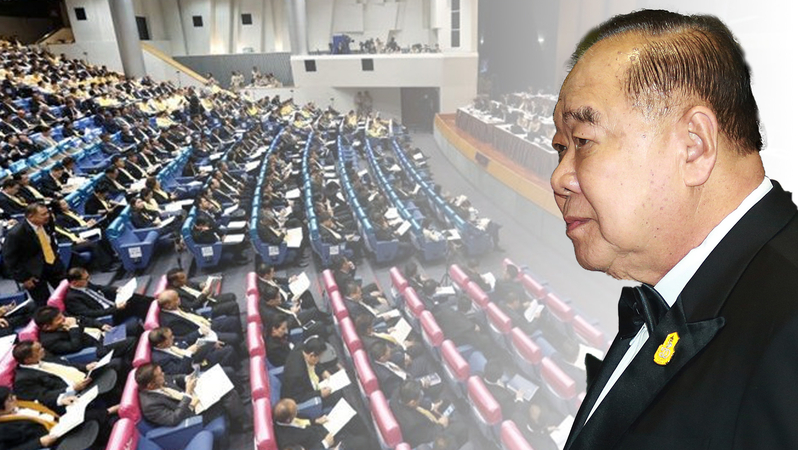 Deputy Prime Minister General Prawit Wongsuwan on Tuesday denied an allegation that his Phalang Pracharat Party was trying to buy support from 14 so-called “cobra” the so- Pheu Thai MPs for the coalition government.

While speaking to reporters at Government House, Prawit was asked him to comment on a threat by Pheu Thai chief strategist Sudarat Keyuraphan.

Sudarat has earlier claimed that she has an audio clip to back up her allegation that coalition leading Phalang Pracharat was trying to buy support from 14 Pheu Thai MPs to prop up the government’s slim majority.

MPs who betray their own party by supporting the other side in a key vote are often called “cobras” after the cobra in an Aesop story that bit and killed a farmer who helped it during a cold winter.

A group of 14 Pheu Thai MPs led by Nirand Namuangrak from Roi Et met and had a meal with two leading Phalang Pracharat members before the opposition held a debate criticising Prime Minister General Prayut Chan-o-cha on September 18. Nirand later claimed he had gone for a meal with “old friends” and that the get-together had no political significance.

Prawit laughed when reporters told him that Sudarat claimed she had an audio clip that would show that Phalang Pracharat had tried to lure the Pheu Thai MPs by offering to pay them certain benefits.

Asked to confirm that Phalang Pracharat did not do as was alleged, Prawit replied: “Who will pay them? Where will we get the money from? I don’t know about the trading of political interests but the Phalang Pracharat has no policy of bringing in MPs from other parties to join us.”

When asked again whether he would welcome MPs from other parties if they wanted to join Phalang Pracharat, Prawit replied, “I’ve said since yesterday that we will welcome anyone that comes.”