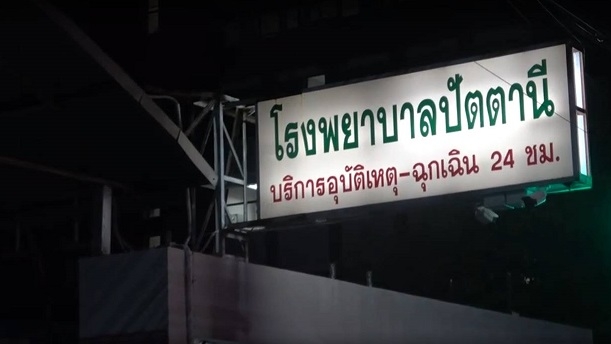 One villager was killed and another injured in a shooting attack in front of a resident’s house in Pattani’s Khok Pho district on Monday night, said deputy inspector Pol Captain Wanich Thongkua of the Na Pradu Police Station.

An unknown number of assailants fired M16 rifles at the two victims, who were having tea in front of a house in Ban Phong Pheng (Moo 7) of Tambon Pak Lor at 10.30pm on Monday. Home owner Masainung Sama-ae, 56, was instantly killed, while his friend Asman Jehloh, 51, sustained three gunshot wounds to the thigh, leg and elbow, and was rushed to Khok Pho Hospital and then to the better-equipped Pattani Hospital that night.

An initial police probe found that the two men were having tea in front of Masainung’s house when they were shot. The investigation continues into whether the shooting stemmed from a personal conflict or was part of the deep South’s ongoing violence.