Smoke from forest fires in Sumatra, Indonesia, caused the 24-hour average levels of PM2.5 – airborne particulates 2.5 microns or less in diameter – in Narathiwat and Yala to hit nearly 90 micrograms per cubic metre of air on Tuesday. The levels were almost double the Thai safe level of 50mcg and quadruple the World Health Organisation’s safety level of 25mcg.

Thananchai Wannasuk, director of Regional Environmental Office 16 based in Songkhla, said if the two provinces’ readings showed 91mcg or above, the provincial authorities would close schools as per the Paediatric Society of Thailand’s recommendation, because such high levels of the tiny particle dust could affect children as well as pregnant women more severely. 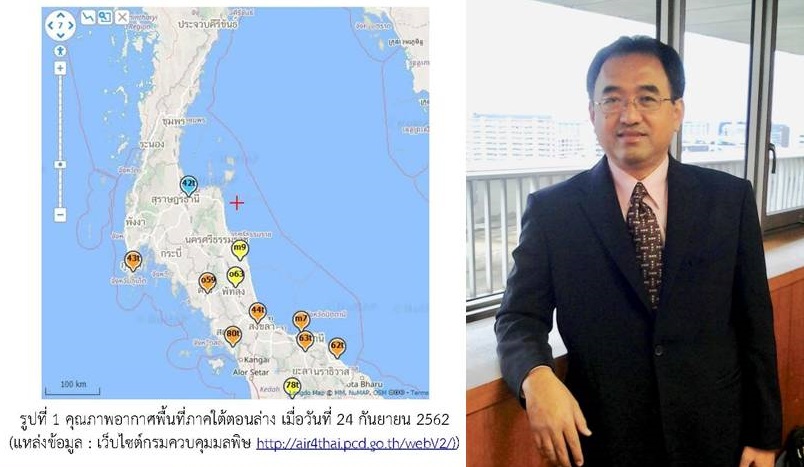 Two other southern provinces – Phatthalung (at 49mcg) and Nakhon Si Thammarat (39mcg) – were also placed on watch, he added.