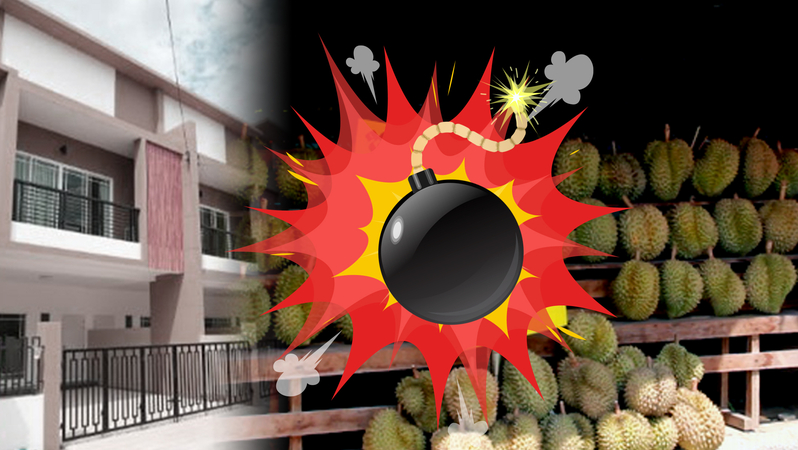 A motorcyclist hurled a ping pong bomb at a durian shop in Samut Prakan’s Muang district late Tuesday night but no one was injured, police said.

The Muang Samut Prakan police station was alerted at 10.30pm of the incident in front of a one-storey house in the Fuangfah 15 housing estate on Soi Mungkorn Na Khadee in Tambon Praekkasa.

The bomb landed on the road in front of the house, which doubles as a durian shop, and did not cause any damage .

Neighbours told police that they saw a motorcyclist slowing down in front of the house and pulling something from his bag, which he then threw at the shop but missed, depositing the item on the road. The motorcyclist sped off after the attack.

Police learned the license plate of the motorcycle and will check footage of security cameras in the area. They hope to make an arrest soon.