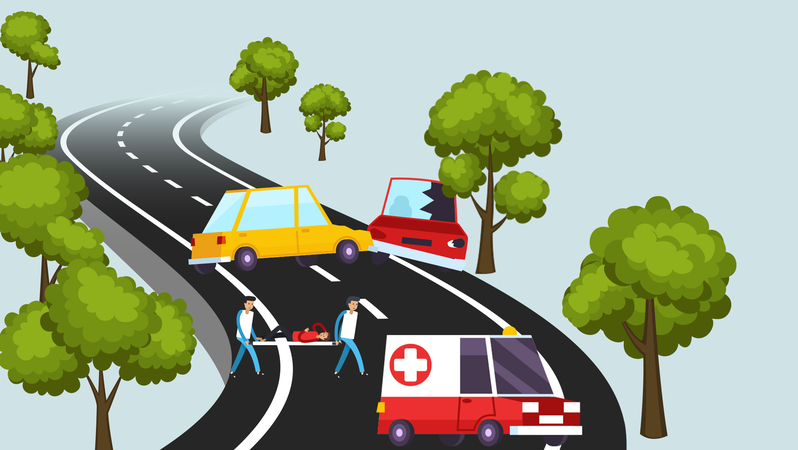 The brakes malfunctioned on a ten-wheel tuck Tuesday night, causing it to hit a pickup truck in front of it and leading to a five-vehicle pileup on a ring road in Pathum Thani’s Sam Khok district Tuesday night, police said.

The Sam Khok police station was alerted at 9.30pm of the accident on a bridge on the western Kanchanapisek ring road at kilometer marker No 69+500 in Tambon Klong Kwai.

Police said the ten-wheel truck transporting fruit driven by Supoj Buadee hit the rear of a pickup driven by Chamnarn Chuiklang, 45, causing the vehicles and those in front to concertina.

Chamnarn was killed when his pickup became sandwiched between the ten-wheel truck and a trailer truck. The drivers of the other vehicles sustained minor injuries.

Police arrested Supoj and charged him with reckless driving causing death and injuries.