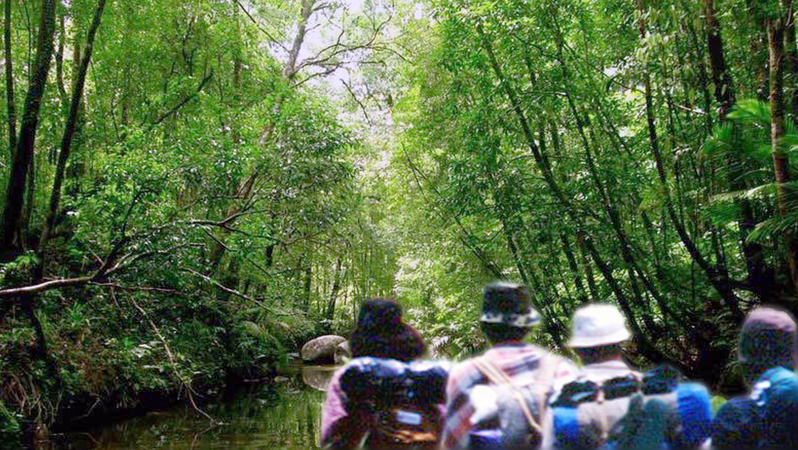 A woman, 72, who became lost in a forest in Nakhon Ratchasima’s Wang Nam Khiew district on Friday afternoon was found safe but cold on Tuesday.

Huay Khongking, 72, was found in a forest behind the Sakaerat environmental research centre in Tambon Udomsup after the village head of Moo 11 village in the tambon sought help from forestry officials.

The elderly woman was shivering and completed soaked following three days of heavy rain in the village, the village head, Pathumthip Nuanyanus, said.

Forestry officials had to carry the woman out of the forest and take her to hospital where she received a medical checkup and was discharged.

The village head said Huay went into the forest to collect wild mushroom and got lost.

Pathumthip said it was the second time that Huay had become lost in the forest. Last year, she was lost for two nights but found her way out on the third day.