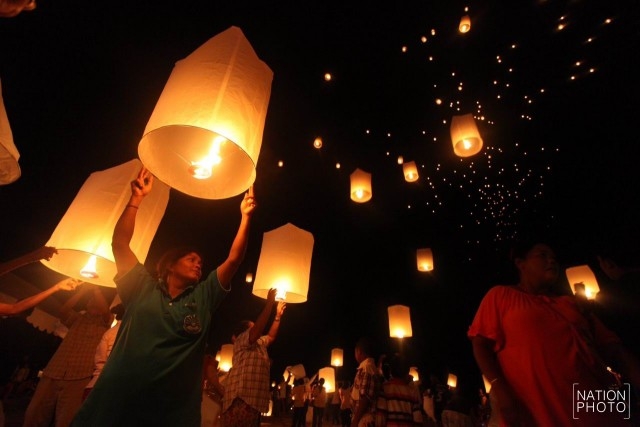 Chiang Mai’s Muang District Office had scrapped the permits previously granted to organisers of two events that would have released a total of 5,000 flying lanterns during the upcoming Loy Krathong Festival.

The two events – one at the dinosaur-featuring Hidden Village Chiang Mai attraction in tambon San Phisua and the other at the Royal Park Rajapruek in tambon Mae Hia – were deemed to be within the air navigation safety zone.

Releasing hot-air flying lanterns would be a violation of the Thailand Air Navigation Act (14th edition) which has been in effect since May 26, 2019, said Muang district chief Weerapan Dee-on. He noted the violation carries a penalty of a maximum five-year imprisonment and/or a maximum Bt200,000 fine.

The governor had instructed the district chiefs to ask the airport authority to confirm whether event locations within their jurisdictions that were usually granted permits to release flying lanterns were deemed within the restricted zone. If so, the permits would be immediately revoked.

The annual Loy Krathong Festival, widely known in Chiang Mai as Yi Peng Festival, is highlighted by people launching flying lanterns into the sky so as to be rid of bad luck. As the items could pose a danger to aviation, the release time periods and locations have been limited.