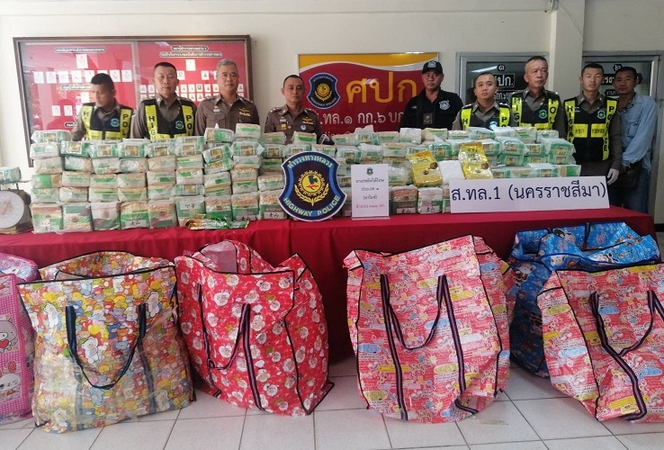 Highway police on Thursday intercepted a pickup truck and seized 318 kilograms of crystal meth or "ice" in Nakhon Ratchasima province.

The pickup came from another northeastern border province along the Mekong River and was being driven towards the central province of Lop Buri for eventual dispatch to the South.

Following a tip-off that a large batch of narcotics would be transported through Nakhon Ratchasima, highway police set up a checkpoint on the Dan Khun Thod-Chai Badan Road in Dan Khun Thod district to look out for the vehicle that fit the description. 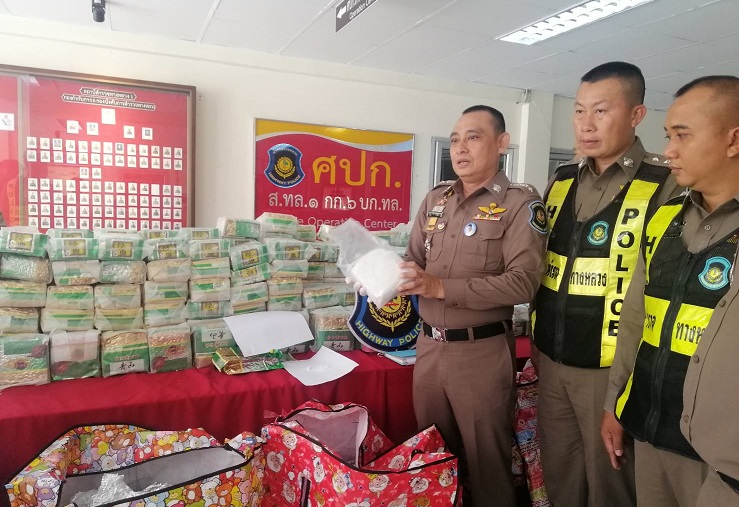 They spotted the suspicious Mitsubishi Strada pickup with a Bangkok licence plate, which tried to speed away. After a chase, police caught up with the vehicle but it was abandoned in an alley with the engine still running while the driver fled the scene.

Police found 318 kilograms of "ice" in the vehicle. A hunt has been launched for the driver and his drug-trafficking accomplices.