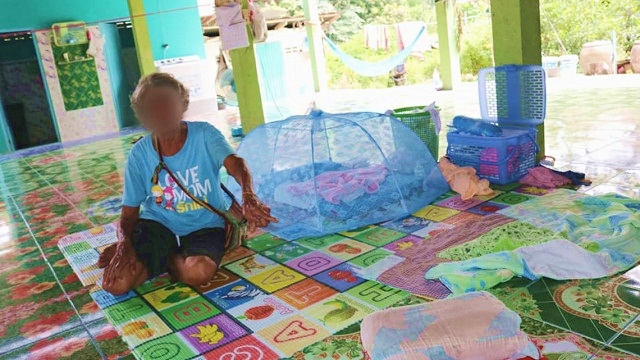 A baby boy was found in the back of its home on Monday morning, four days after it disappeared while his mother visited the toilet.

The Sukhothai mother returned from a visit to the toilet on September 26 to find her 18-day-old baby named “IL” gone, along with her wallet.

The mum said she was in the toilet for about 10 minutes around 6 pm before emerging to find her baby gone.

She phoned her sister to ask for assistance, but they could find no trace of the boy and wallet or any sign of a suspect.

The sister posted a message to her Facebook account begging whoever that did it to return the baby and noting she had not yet seen the face of her nephew.

After IL’s father was told, he reportedly couldn’t eat or sleep due to a broken heart.

At 6 am on September 30, the baby boy was found dead by his father in the back of the house. Officers are further investigating the case.