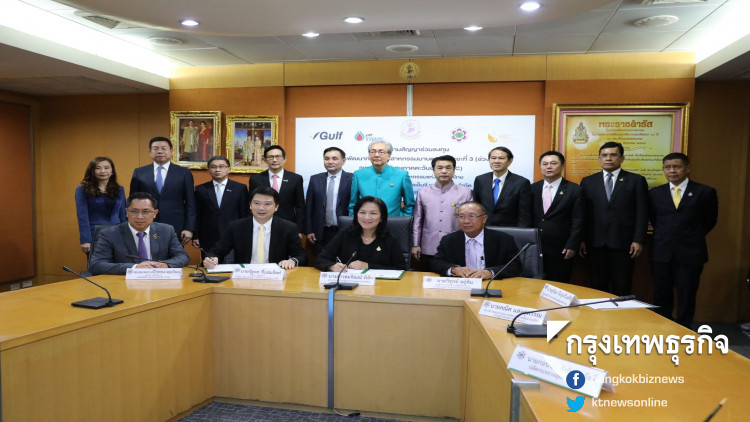 Deputy Prime Minister for economic affairs Somkid Jatusripitak revealed that Gulf and PTT were the joint bid winners under the public-private-partnership (PPP) contract.

“The private joint venture will be granted a licence to conduct business on 200 rai of MTP industrial estate while sharing part of the profit with the government,” he said. “The MTP3 project is the first of five mega infrastructure development projects in Eastern Economic Corridor [EEC] areas.”

According to Somkid, the first section of MTP3 is expected to be completed by 2025 and will become part of a seamless transportation network in the CLMVT bloc – Cambodia, Laos, Myanmar, Vietnam and Thailand.

After the contract is signed, the IEAT will present construction plans to the Harbour Department and apply for a construction permit in compliance with the Navigation in Thai Waters Act, as well as establish a taskforce to be responsible for environmental and health impact assessment of communities around the project.

The MTP3 project has a combined investment value of Bt55.4 billion. The first section will cover land reclamation and construction of superstructure for the port.