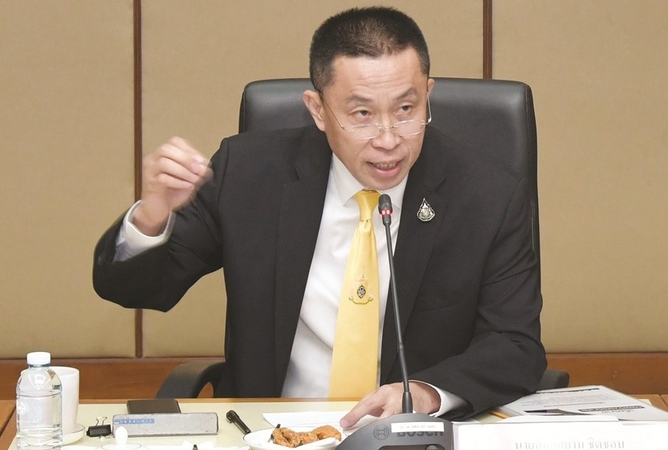 Transport Minister Saksayam Chidchob said on Tuesday (October 1) that his ministry has been escalating measures to tackle the air pollution problem in Greater Bangkok since last week.

“I have ordered agencies under Transport Ministry to combat the dust pollution on three aspects: traffic, construction and public transport,” he said. “On the traffic front, the Department of Land Transport will beef up efforts to conduct emission checks on private and public vehicles. Vehicles that fail emission tests will be suspended from using public roads until the issue is fixed.”

On the construction front, the minister said he is coordinating with the departments of highways and rural roads to have road contractors tamp down dust by spraying water on the ground.

“Lastly, the Transport Ministry will promote the use of public transport to cut down on the number of private cars on roads, such as reducing fares during rush hour and improving the quality of service,” he said.

The minister added that these are only short-term measures, saying, “for long-term effects, we are considering increasing taxes for high-emission vehicles and reducing tax and registration fees for environmentally friendly options, such as electric vehicles”.

Meanwhile, a source from the Department of Land Transport said the department is conducting random emission tests on trucks and public buses using main roads in Greater Bangkok on at least 16 days per month. If the dust situation worsens, the department may consider enforcing a new regulation, that would allow trailer trucks to use public roads only between 12pm and 4am.