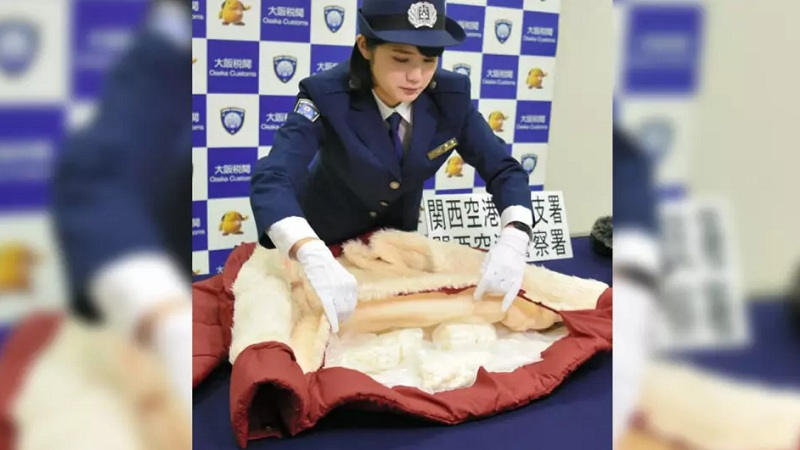 A Thai woman has been arrested in Japan for attempting to smuggle cocaine from Nepal, according to a citizen’s uncredited report on Facebook.

Thanakorn Jaisuksakuldee, who works as a Thai-Japanese interpreter, posted on Facebook this week that the woman was arrested at Kansai International Airport in Osaka on September 10.

Citing no source for his information, he said customs officers noticed her behaving suspiciously, as well as wearing a padded winter coat on a hot day.

An X-ray scan turned up 14 small bags of cocaine in the coat weighing a combined 3.2 kilograms, which authorities said had a street value of 65.3 million yen (Bt18.6 million).

Charged with smuggling an illegal drug, the woman allegedly confessed to being paid Bt20,000 for the job.

Thanakorn said three other Thai women were arrested on September 24 at Kansai Airport for smuggling drugs in condoms found hidden in their underwear and vaginas.

The total weight was 1.5 kilograms, the estimated value of 90 million yen.

That same day, a 47-year-old Malaysian woman travelling with her teenage son was arrested for the same offense, her cocaine dissolved in a bottle of shampoo.

Thanakorn warned that Thai travellers could expect to be carefully scrutinised on arrival in Japan.