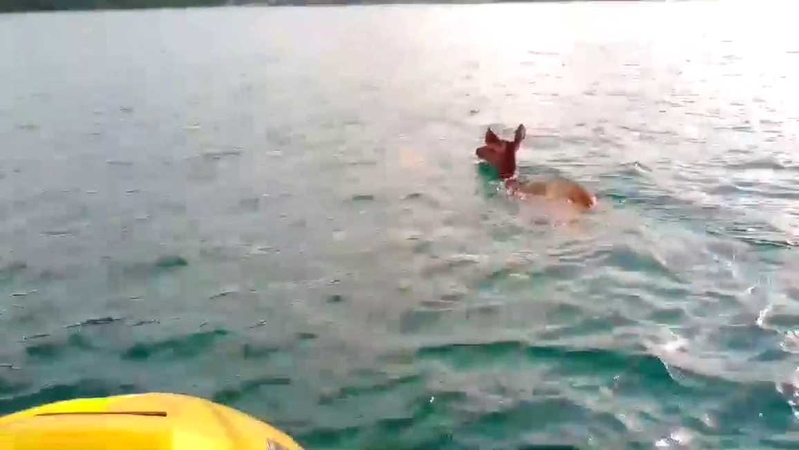 A large female sambar deer was rescued on Thursday (October 3) after being spotted swimming desperately in the middle of Khanom Bay in Nakhon Si Thammarat.

A fisherman called rescuers from the Siam Ruamjai Foundation after seeing the deer in trouble five or six kilometres from shore.

They went out on jet skis to herd the animal to safety. Once ashore, it ran off into the woods. 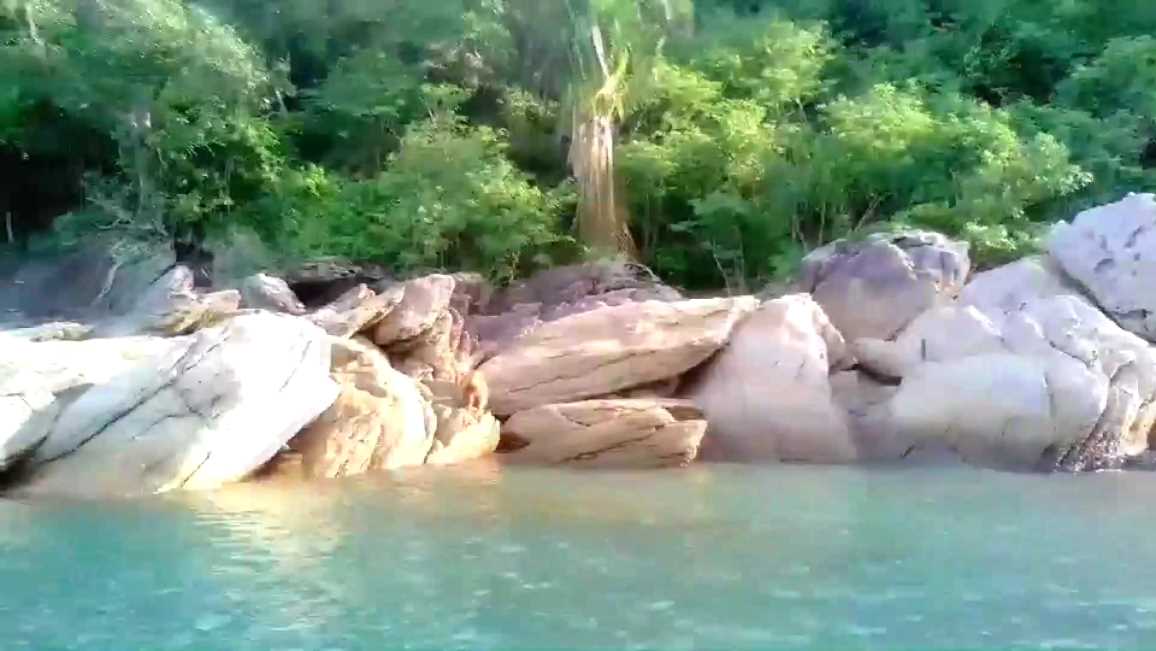 Sittiphong Chumchan, one of the rescuers, recorded the incident on video and urged the authorities to pay more attention to the impact that future road construction might have on deer herds in the area. Those that remain need protection, he said.

In the past three or four months, Sittiphong said, several wild deer have been found struggling disoriented in the bay or killed in falls from mountain cliffs or vehicle strikes on the newly built Phlai Chamroen Road connecting Sichon and Khanom districts.

The road passes Hat Khanom National Park, a forest preserve, he said, and was completed without a preliminary environmental-impact study. Since its construction, more deer have been seen outside the forest. Dogs chase some over the cliffs and into the bay.

Sambar deer have since 2008 been classified as a “vulnerable” species.