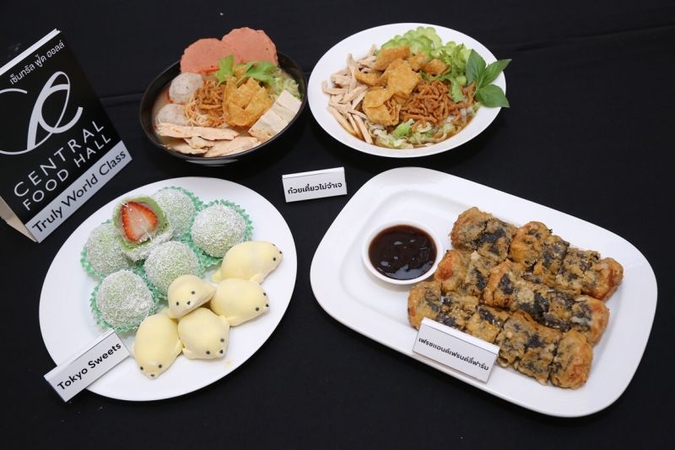 Food courts and restaurants in Central department stores are participating in the “Fusion Vegetarianism” campaign with the aim of encouraging young people to avoid eating meat during the Vegetarian or Jae Festival that runs until October 7.

Central Pattana Plc (CPN) expects this campaign to increase the number of visitors to its malls by 15 per cent, said Nattakit Tangpoonsinthana, CPN’s executive vice president for marketing.

“During the ‘Fusion Vegetarianism’ event, food courts and restaurants at Central department stores will feature more than 5,000 vegetarian appetisers, traditional and fusion menus, as well as desserts and beverages until October 7,” he said.

Nattakit added that visitors can also enjoy different activities during the event, such as traditional Chinese shows, giveaways and an opportunity to pay respect at Chinese shrines.

“CPN has cooperated with affiliated shops and businesses to provide gift vouchers to visitors, as well as discounts when using the GRAB taxi service to and from Central stores,” he added.