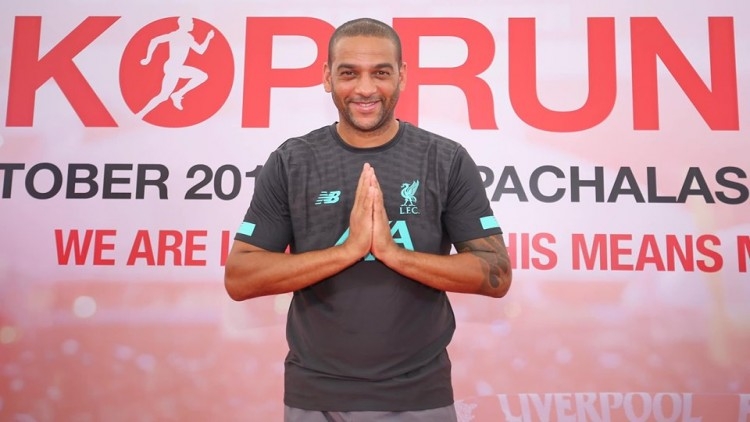 Phil Babb, the former central defender of Liverpool, met with the club's fans today ahead of joining the running event “Kop Run Bangkok 2019” on Sunday at the National Stadium, hosted by Krungthai-AXA Life Insurance and Move Asia Co Ltd. More than 8,500 are expected to take part in the event.

Babb, 48, made an appearance at Kop Village in front of Central World shopping centre this morning, interacting and signing autographs for Liverpool fans. 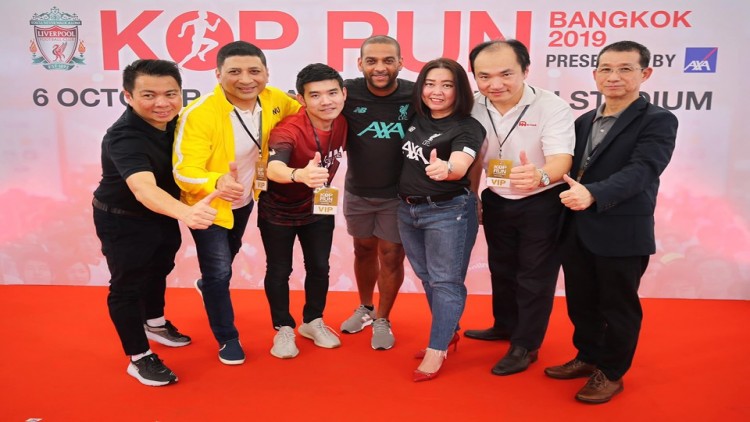 “I am excited to visit Thailand and meet with Liverpool fans here,” he said. “The running event on Sunday will be spectacular, and I am glad to be a part of this exercise promotion event, ” he said.

Babb was a Liverpool star and an Ireland national team player back in the 90s. From 1994-2000, he played 170 matches and held the record of the most expensive defender in the UK when he joined Anfield in 1994.