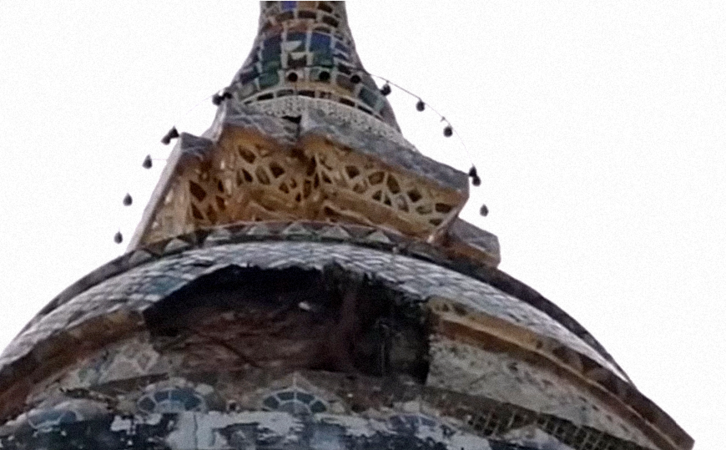 The pagoda of the Wat Lam Chang temple in Chiang Mai province remains strong despite the town being hit by a storm, Thailand’s Fine Arts Department said. The department had been tasked with examining damage to the pagoda after the storm. Further inspection will be carried out, Minister of Culture Ittipol Khunpluem said.

Wat Lam Chang temple is an unregistered historical site. Its pagoda was built in Burmese architectural style but later redesigned in 1940. There were two restorations, in 1999 and 2014, after a Bodhi tree grew on the pagoda.

Last September, the temple’s abbot collaborated with the Fine Arts Department to get rid of the Bodhi tree, which caused a crack in the pagoda’s wall.

After the storm, raindrops leaked into the crack and peeled the concrete off. However, no more cracks have been spotted. The minister has ordered the department to repair the pagoda as soon as possible.