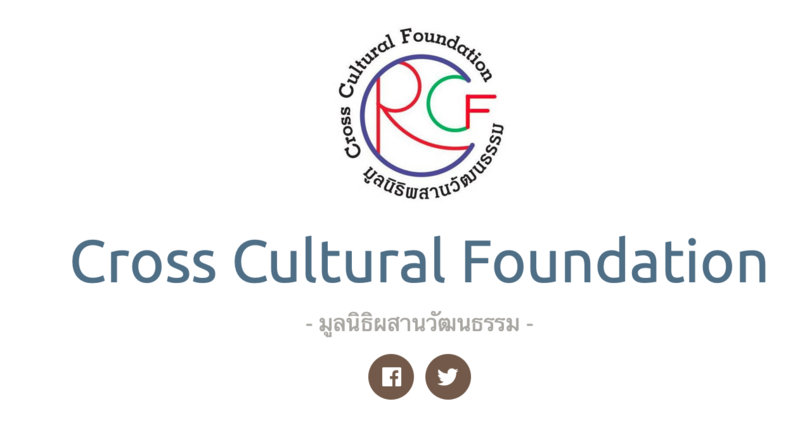 The Cross-Cultural Foundation has urged the Court of Justice to transfer all persons related to judge Khanakorn Pianchana’s supposed statement from their current posts and sought a comprehensive investigation into allegations of interference in the independence of a judge.

The foundation’s statement on Sunday (October 6) came in response to judge Khanakorn’s attempted suicide, alleging interference in his judgement in a criminal case that he was hearing. The judge reportedly shot himself in the Yala courtroom, apparently to protest against interference by his supervisor judges.

The foundation recounted the background of the legal case, which was elaborated in the 25-page document.

The case involved five defendants accused of committing a murder on June 11 in Yala province.

One suspected criminal was arrested during martial law, which led to more arrests. Five suspects were eventually charged with the murder. The interrogation was done under special law before the case was transferred to normal justice procedure. Judge Khanakorn found the evidence weak against the defendants and wrote his verdict acquitting them of the crime. However, the judge’s supervisors reportedly intervened and ordered him to rewrite the verdict handing the death penalty to three defendants and life sentence to the other two.

The foundation believed that this series of events had led Khanakorn to attempt to kill himself.

It is widely believed that the 25-page document was written by Khanakorn. Court of Justice spokesman Suriya Hongwilai said on Friday that a preliminary enquiry revealed personal stress was the reason behind Khanakorn’s suicide attempt but the court would investigate further.

The Cross-Cultural Foundation said as it has supported the judicial process in the southern region for more than 15 years and the foundation found the 25-page statement important even though it was a one-sided narrative. The document needs to be examined further in order to find the truth for the public.

The foundation demanded three actions from the Court of Justice.

First, every person suspected of being involved in Khanakorn’s predicament must be transferred out of their posts in order to ensure a fair investigation and the designated inquiry team should also include outsiders.

The foundation called for an investigation into alleged special power which had led to the unfair trial of the suspects in the deep South as cited by Khanakorn.

The foundation stated that this was an important cae and it it would test the credibility of the Court of Justice. The court needed to look into alleged unfair trials in order to improve the process. The judicial body could not just dismiss the incident as a personal issue of the judge and leave people in frustration. The stakes are high as it could affect people’s trust in the justice system, the foundation added.

Meanwhile the Office of the Judiciary secretary-general, Sawawut Benjakul, visited Khanakorn at the hospital and said the judge was safe now and he could even converse. But Sarawut did not ask him about Friday’s incident. Sarawut reiterated the independence of the Court of Justice and that judges could make judgements without interference from anybody. He said the Judicial Commission would meet on Monday to look into this incident.

Many netizens expressed their support for Khanakorn while some blamed his action as driven by political motive, with the debate and hate speech on social media showing a very politically divided society.