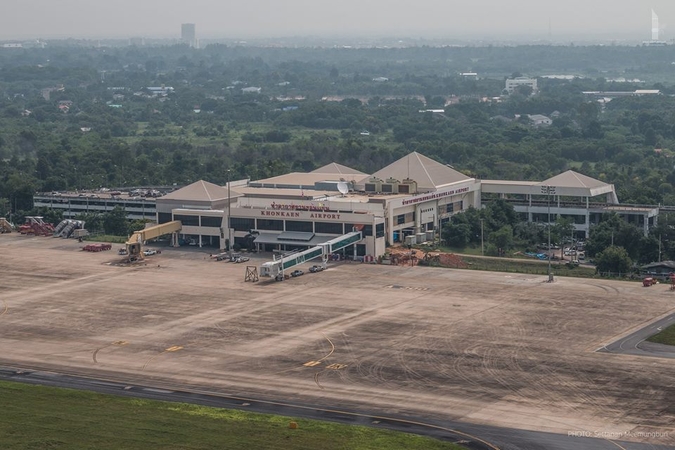 Construction of Khon Kaen Airport’s new passenger terminal hit a snag but it was already fixed and work will resume as scheduled, Deputy Transport Minister Thavorn Senniam said on Wednesday (October 9) after visiting the site.

“The foundation of the old building prevented a new one from being installed as planned, so the architects had to alter the plan before work could continue,” he said. “Construction will soon resume and be finished within 900 days.”

The project is now 29 per cent complete, he added.

Construction of the terminal is part of the government’s policy to promote tourism in 55 cities in the Northeast.

“Khon Kaen is a gateway to Isaan and an economic hub that enjoys continuous progress,” said Thavorn. “To promote tourism and regional economic expansion, we are aiming to upgrade all airports as ‘smart airports’ adhering to International Civil Aviation Organisation standards.”

The airport expansion is costing Bt2 billion for another passenger terminal, a carpark and improved roads.

Christiani & Nielsen (Thai) Pcl is in charge, under the supervision of Epsilon Solution & Consultant Co Ltd. Work began in August 2018 and is expected to finish before February 2021.

Once complete, the new terminal will accommodate 2,000 passengers per hour and five million per year.