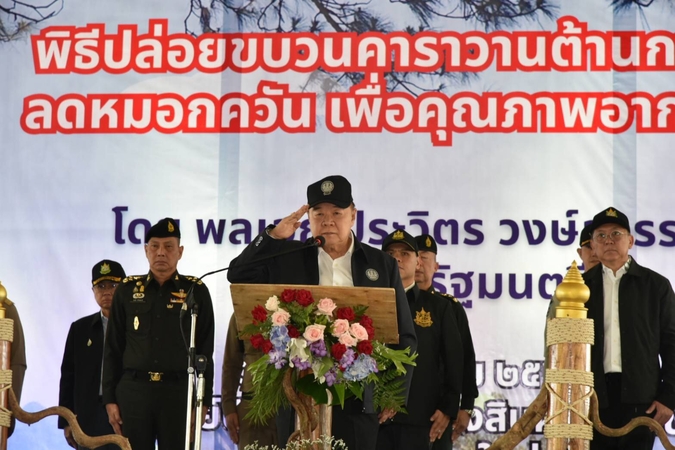 Deputy Prime Minister Prawit Wongsuwan and Natural Resources and Environment Minister Varawut Silpa-archa were in Chiang Mai on Thursday (October 10) to give provincial governors and state agency officials a pep-talk in preparation for another agonising season of forest fires and haze.

The North suffers perennial choking smog from February to April, and Prawit said Prime Minister Prayut Chan-o-cha was again fretting over the impact on people’s health.

He said the Environment Ministry would take the lead in coordinating with neighbouring countries and related local authorities to monitor the fire problem both in and outside Thailand.