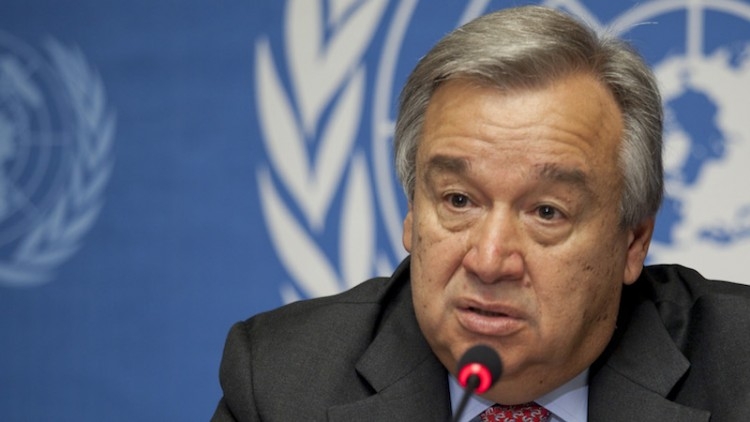 US President Donald Trump on Wednesday dismissed concerns that the United Nations is on the verge of going broke because members have not paid their dues, with the United States leading the pack.

“So make all Member Countries pay, not just the United States!” Trump tweeted after UN Secretary-General António Guterres warned that the organisation won’t be able to pay its bills and salaries if debtor nations don’t cough up their unpaid dues.

In remarks outlining a budget of $2.87 billion next year, Guterres told the UN budget committee on Tuesday that the organisation is facing a “severe financial crisis”.

The outstanding balance of unpaid dues is $1.3 billion, he said, though a large portion presumably will be paid up before the end of the year.

“The situation continues to deteriorate,” he added, calling it the deepest deficit in a decade. “We risk exhausting peacekeeping cash reserves and will enter November without enough cash to pay payrolls.”

Thanks to war-torn Syria paying what it owes, 129 of the 193 UN member nations are up to date on their dues, which are assessed by a complicated formula that takes into account the size of each country's economy and its debt.

The United States owes $381 million from prior budgets and $674 million for the regular budget, according to figures provided by the US mission to the United Nations. It also owes more than $2.6 billion for active peacekeeping missions.

The amount of US debt is to some degree a result of the fact the UN runs its budget on a calendar year while the US fiscal year begins in October. A US official said the “vast majority” of the US debt should be paid up by the end of November.

Trump has been critical of the United Nations, frequently complaining about how much the United States pays.

Over the past three years, the United States has accrued about $750 million in arrears for peacekeeping costs, a figure that is expected to approach $1 billion by the middle of next year. The US arrears have led to cash shortages in UN peacekeeping missions, and some contractors have been paid late.

Cherith Norman Chalet, the US representative for UN management and reform, said in a statement posted on the mission’s website that the United States will make its payments “according to our fiscal year timing and availability of funds”.