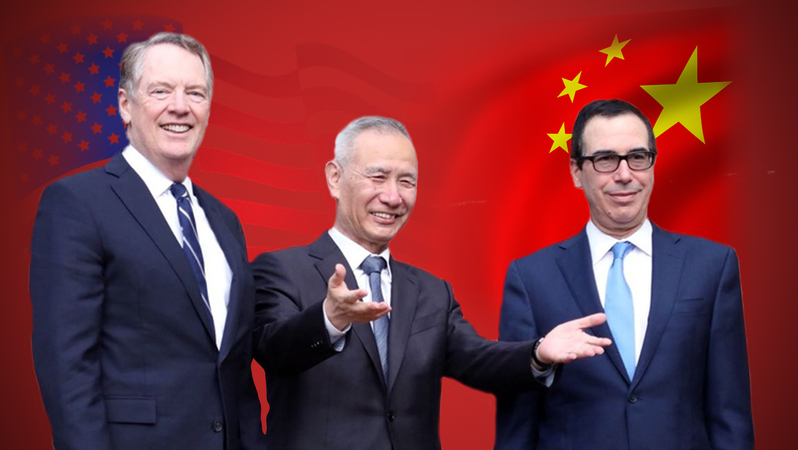 Chinese Vice-Premier Liu He (center) arrives at the headquarters of the Office of the United States Trade Representative, and is welcomed by USTR Robert Lighthizer (left) and Secretary of the Treasury Steven Mnuchin, on Thursday morning. The 13th round of high-level trade negotiations between China and the United States will continue until Friday. [Photo by Zhao Huanxin / China Daily]

US President Donald Trump said he would meet Chinese Vice-Premier Liu He at the White House on Friday.

“Big day of negotiations with China. They want to make a deal, but do I? I meet with the vice premier tomorrow at The White House,” Trump tweeted Thursday morning, moments after Liu arrived at the headquarters of the Office of the United States Trade Representative for talks with USTR Robert Lighthizer and Secretary of the Treasury Steven Mnuchin.