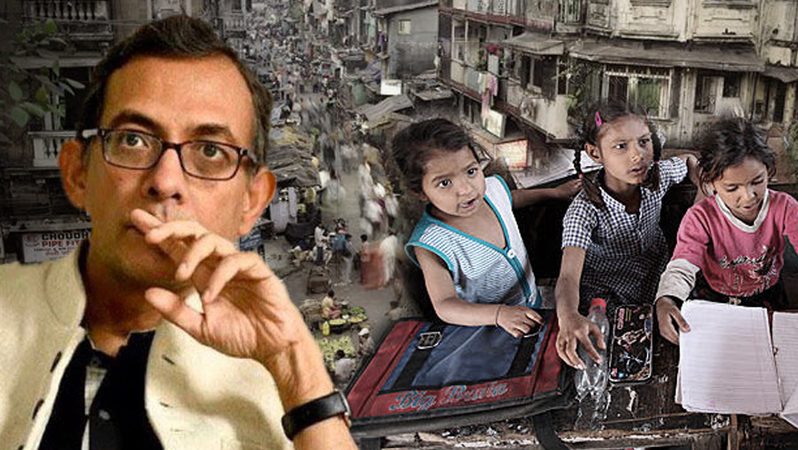 Banerjee won the 2019 Nobel Prize for Economics jointly with his wife Esther Duflo and another economist Michael Kremer.

Indian-American economist Abhijit Banerjee, who won the 2019 Nobel Prize for Economics jointly with his wife Esther Duflo and another economist Michael Kremer is currently the Ford Foundation International Professor of Economics at the US-based Massachusetts Institute of Technology (MIT).

The trio was awarded the 2019 Sveriges Riksbank Prize “for their experimental approach to alleviating global poverty.”

Abhijit Banerjee was born in Mumbai in 1961. The 58-year-old economist studied in Calcutta University’s Presidency College and Jawaharlal Nehru University, Delhi and then did a PhD from Harvard in 1988.

In 2003, Banerjee founded the Abdul Latif Jameel Poverty Action Lab (J-PAL), along with his French-American wife Duflo. His wife also works at the Massachusetts Institute of Technology (MIT).

Duflo, 46, is the second woman to win the economics prize after Elinor Ostrom got it in 2009, and is also the youngest ever to receive the economics award.

Abhijit Banerjee is a past president of the Bureau for the Research in the Economic Analysis of Development, a Research Associate of the NBER, a CEPR research fellow, International Research Fellow of the Kiel Institute, a fellow of the American Academy of Arts and Sciences and the Econometric Society, and has been a Guggenheim Fellow and an Alfred P Sloan Fellow and a winner of the Infosys Prize.

He is the author of a large number of articles and four books, including Poor Economics, which won the Goldman Sachs Business Book of the Year.

Banerjee has also served on the UN Secretary-General’s high-level panel of eminent persons on the post-2015 development agenda.

The Royal Swedish Academy of Sciences, in a press release on Monday, said that the laureates’ research findings have dramatically improved the academy’s ability to fight poverty in practice.

As a result of one of their studies, more than 5 million Indian children have benefitted from programmes of remedial tutoring in schools.

The Swedish Academy of Sciences further said that three economists performed similar studies of other issues and in other countries, including India. Their experimental research methods now entirely dominate development economics.

“This year’s Laureates have introduced a new approach to obtaining reliable answers about the best ways to fight global poverty. It divides this issue into smaller, more manageable questions – for example, the most effective interventions for improving child health,” the statement further said.

“Over 700 million people still subsist on extremely low incomes. Every year, five million children still die before their fifth birthday, often from diseases that could be prevented or cured with relatively cheap and simple treatments,” it added based on their research and studies.