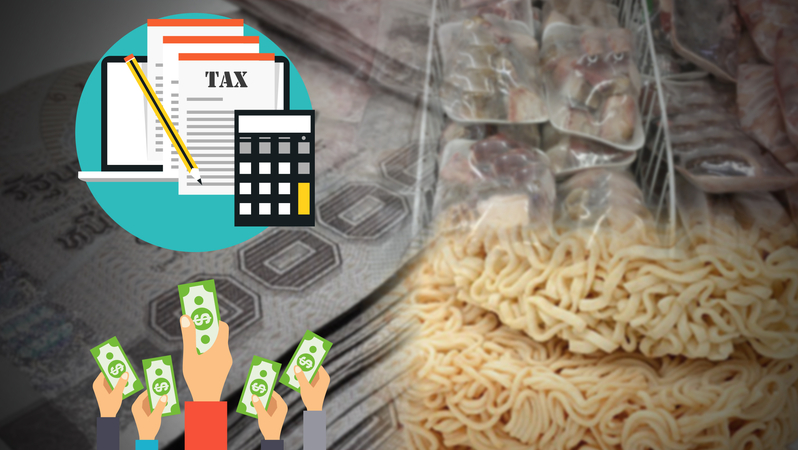 The Excise Department and Public Health Ministry are mulling a tax on salted foods to try and wean Thais away from sodium-heavy diets – but snacks and fish sauce would be exempted.

Excise Department director general Patchara Anuntasilpa said on Wednesday (October 16) the tax would be based on the amount of salt content and a proposal would likely go to Finance Minister Uttama Savanayana by the end of the year.

“If the tax is approved, we will allow entrepreneurs one or two years to reduce the salt content and launch a less-salty version of their product,” said Patchara.

The tax would apply to frozen and canned foods and instant noodles, but not to snacks, fish and other seasoning sauce or dishes sold by street vendors.

The World Health Organisation and United Nations have recommended taxes on foods with high salt content, noting that too much sodium in the diet can lead to kidney and heart disease, cancer and high blood pressure.

Wisit Limluecha of the Federation of Thai Industries said it would cooperate with the government on all efforts to improve people’s health, but he would not want to see a tax on snacks, seasonings or instant and frozen foods.

“Research has found that these foods represent only 20 per cent of what we eat each day, and everyone has different eating habits, so the better solution would be to advise consumers on how to eat healthily,” he said.

He warned that the proposed tax would hurt Thai food’s competitiveness overseas as well as at home, where imports are readily available.

Small-scale entrepreneurs with limited budgets would also suffer, he said, since adjusting ingredient formulas and changing the packaging cost a considerable amount of money.