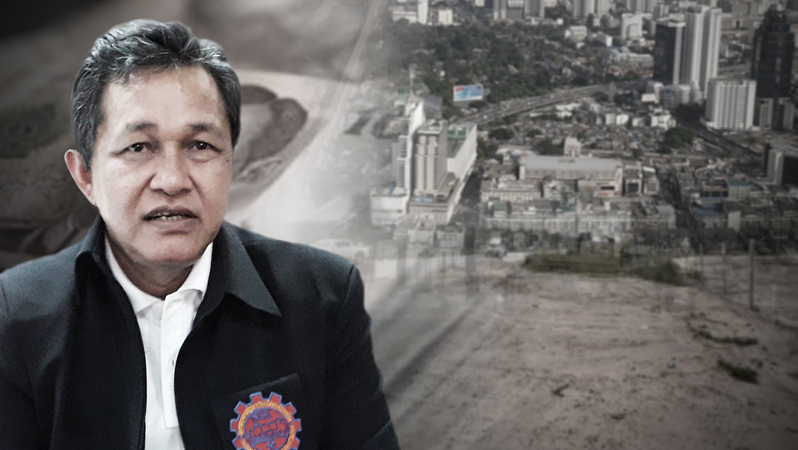 Members of the State Railway Workers’ Union of Thailand led by Sawit Kaewvarn of the State Enterprise Workers Relation Confederation were at the government complaint centre on Wednesday (October 16) demanding cautious appraisal of a contract to build a high-speed railway linking the country’s three main airports.

The 220-kilometre, Bt2.24-billion railway is a public-private partnership (PPP) project the government plans to share with a consortium led by Charoen Pokphand, which won the bidding for the contract.

“According to the project schedule, the contract was supposed to have been signed last February, but the signing has been postponed several times,” Sawit said.

State Railway of Thailand (SRT) was recently assigned to hand over 82 per cent of the land required to CP so construction could begin within 15 months and be completed within five years, in accord with the terms of reference, but Sawit called the handover timeline “difficult and risky”.

“There are numerous people living on that land, legally and illegally,” he said, “and there are around 300 outstanding contracts between SRT and private agencies, including for the removal or modification of infrastructure [power cables, electric poles, water and gas pipes] and government buildings that could obstruct construction.”

He said the union wanted reassurance that the government had budgeted adequately for such contingencies and warned that SRT could face hefty penalties if not.

“It is highly likely that SRT cannot deliver 82 per cent of the land within 15 months, so we respectfully beg the prime minister, Eastern Economic Corridor policy committee and other relevant agencies to carefully consider the contract conditions.”

The union also urged the government to keep the project transparent by revealing all details to the public and to manage the development directly to avoid any controversy.