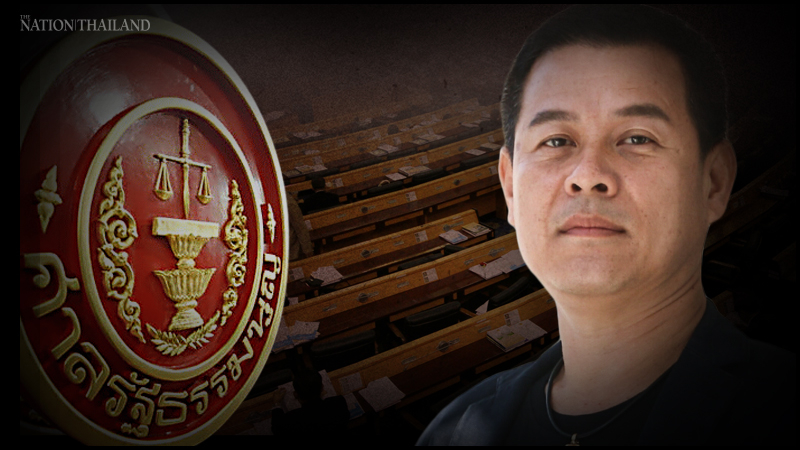 The Constitutional Court today ordered Nawat Tohcharoensuk, the Pheu Thai MP for Khon Kaen, to renounce his status as a member of parliament, after being sentenced to death for masterminding a murder by Khon Kaen criminal court.

The Election Commission of Thailand had requested a ruling by the Constitutional Court on whether Nawat should be disqualified as an MP , according to the Constitution of Thailand’s article 101 (6) and 96 (6), reasoning that Nawat had been given the death penalty and was being detained while filing an appeal to the supreme court.

The Constitutional Court accepted the request in accordance with article 82 of the Constitution and article 75 (5) of the constitutional act, ordering Nawat to immediately give up his status as a member of Parliament, before that a public pronouncement will be made.

At the Khon Kaen criminal court, Nawat was found guilty of hiring the other defendants to shoot dead Suchart Khotethum, the assistant chief of Khon Kaen provincial administration organisation, for the victim's affair with his wife.