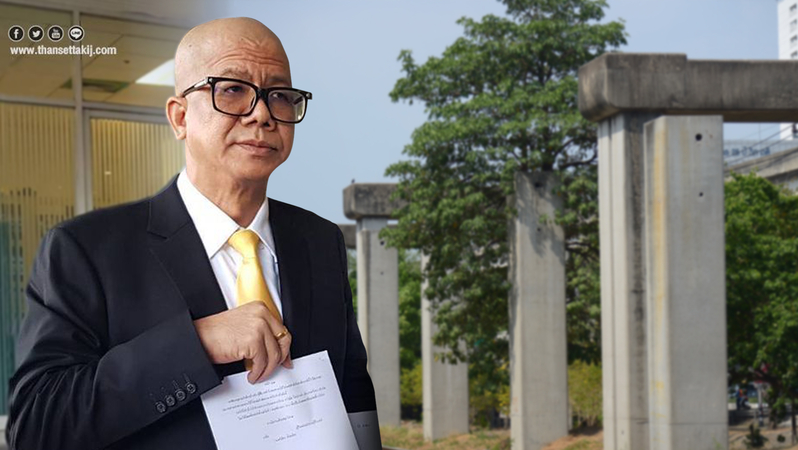 Nitithorn Lamleur, a lawyer acting on behalf of State Railway of Thailand (SRT) said today (October 18) that he had been assigned by Transport Minister Saksyam Chidchob to file a case against Hopewell at the Civil Court as SRT had discovered that Hopewell's elevated highway and rail line project might have violated the Announcement of the National Executive Council No 281, which requires foreign companies to be qualified and approved by the Cabinet before conducting business in Thailand.

“If Hopewell is found guilty in this case, SRT would challenge the Supreme Administrative Court’s order for it pay Bt11.8 billion in compensation to Hopewell, plus 7.5 per cent interest annually," he said.

Nitithorn said he had planned to submit the case to the Civil Court as well as filing an appeal for the Central Administrative Court to temporarily halt the compensation payment order until the issue has been resolved, but changed his mind after a representative from Hopewell contacted him.

“Hopewell (Thailand) Co Ltd has made contact, saying that it would like to re-negotiate with the Ministry of Transport and SRT to find a new solution to this issue,” he said, adding that "Hopewell will not object if SRT proceeds with filing an appeal for an injunction of the payment order at the Central Administrative Court”.

Nitithorn said he would wait for the outcome of the re-negotiations before taking any legal actions.