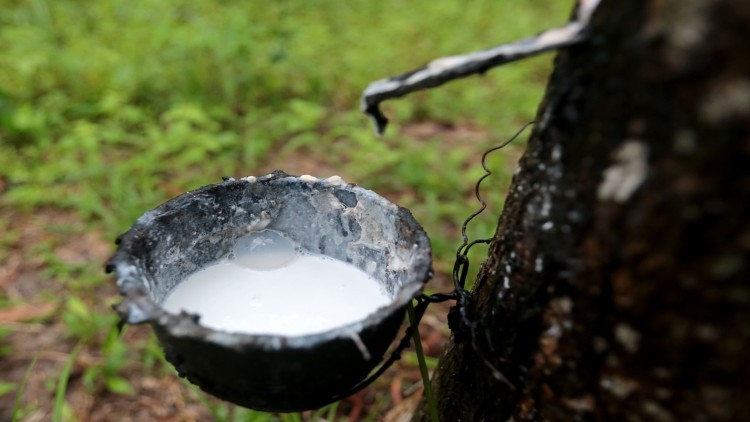 The fluctuations in the price of rubber is caused by many factors, such as the US-China trade dispute which has led to banks restricting loans to rubber companies, while farmers are being forced to sell their products at a lower price to secure revolving funds for next year’s crop, a senior official said on Saturday.

Sunan Nuanphromsakul, acting governor of the Rubber Authority of Thailand (RAOT), added, “However, the most serious impact on the Thai rubber industry was caused by the collapse of Chongqing General Trading Chemical Company in China last September,” he said. “Chongqing was one of the biggest buyers of Thai rubber at 1.5 million tonnes per year. Their absence from the market has caused rubber price to plummet drastically.”

Sunan further explained that in order to solve the rubber price problem in the short term, the government uses the price guarantee scheme to help rubber farmers who are registered with the RAOT before August 12.

“There are over 1.7 million farmers registered with the RAOT, with a combined plantation area of 17.2 million rais. The rubber trees must be of at least seven years old to be eligible for the subsidy,” he said.

The scheme guarantees a price of Bt60 per kilogram for premium grade rubber sheets, Bt57 per kg for latex and Bt23 per kg for cup lumps. The maximum guaranteed amount will not exceed Bt240 per kilo per rai per year and will be limited to 25 rai per farmer.

“As for long-term measures, the RAOT is working with related government agencies to design projects to promote the use of rubber products both domestically and overseas to reduce the excessive stocks of rubber,” he said. “For example, we aim to provide loans to rubber-processing entrepreneurs who wish to invest in new machines and facilities to manufacture high-value rubber products such as rubber gloves, automotive tyres and specialised rubber for engineering applications.

“The loan budget is initially set at Bt10 billion, and is expected to increase domestic rubber consumption from 60,000 tonnes to 100,000 tonnes annually,” Sunan added.

Cabinet earmarks over Bt24 bn in subsidies for rubber farmers