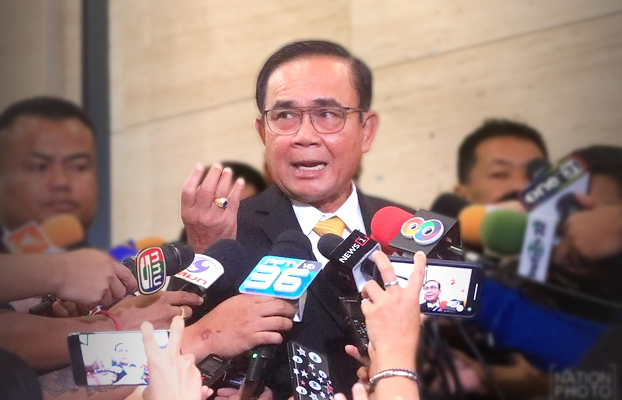 Speaking before attending the House of Representatives’ budget debate for fiscal year 2020 today, Prime Minister and Minister of Defence Gen Prayut Chan-o-cha stressed that the Defence Ministry must reserve a budget of Bt70-80 billion for buying munitions and vehicles for defensive purposes.

“This money is part of the Ministry of Defense’s allotted budget and has nothing to do with the central expenditure budget,” he said.

“Our military personnel are patrolling 5,000 kilometers of border both by land and sea,” he said. “It’s a dangerous and important duty and they need modern ships for efficient operations.” The PM further explained that the Ministry’s existing fleet is more than 60 years old and most of the ships require urgent repair or replacement. “All our neighbouring countries have modern ships, and Thailand needs to keep up with the changing world to maintain our negotiating powers, as well as show our potential and capability to protect our resources, especially around naval borders.”

“The Ministry of Defence is trying its best to reduce costs, such as by using smaller ships or even trying to build the ships domestically,” said Prayut. “However, we cannot let up on naval patrol. As you can see from skirmishes with illegal, unreported and unregulated (IUU) foreign fishing boats, we need to protect our people and resources as well as prevent matters that might escalate into bigger conflicts.”