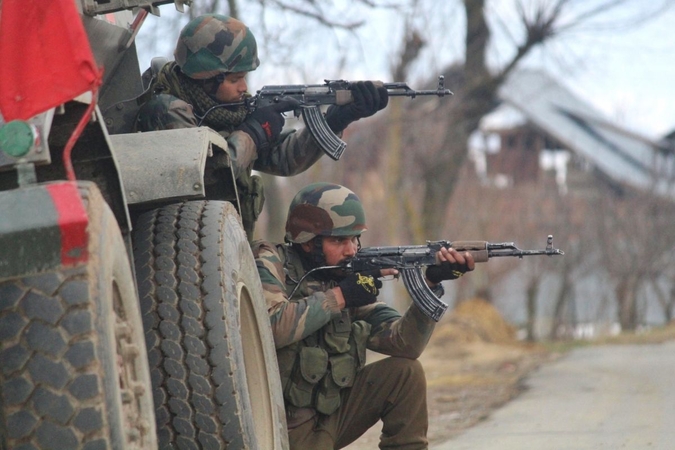 NEW DELHI - India and Pakistan exchanged fire across the line dividing the disputed Himalayan region of Kashmir on Saturday and Sunday, killing nine civilians and soldiers, according to authorities in both countries.

It was one of the deadliest sequences this year at the Line of Control, the highly militarized frontier where soldiers from the two countries regularly trade small-arms and mortar fire.

The barrage came amid increased tension between the two nuclear-armed rivals.

In August, India withdrew Kashmir's semiautonomous status and instituted a crackdown in the region. The move incensed Pakistan, which considers itself the defender of Kashmiri Muslims.

India accuses Pakistan of stoking a three-decade insurgency against Indian rule in Kashmir by sending fighters and arms across the Line of Control. Pakistan denies the accusations.

India and Pakistan both claimed to have killed larger numbers of the other country's soldiers in the incident but such assertions could not be verified independently.

Exchanges of fire across the Line of Control have increased in recent years, an ongoing confrontation that some analysts have called a "war by other means."

The two countries reached a cease-fire agreement in 2003, and for several years, relative calm prevailed on the frontier in Kashmir. Since 2014, however, cease-fire violations have jumped.

Last year was the worst year for such cross-border firing in 15 years, according to data from the independent Indo-Pak Conflict Monitor. Each side reported 2,000 or more incidents.