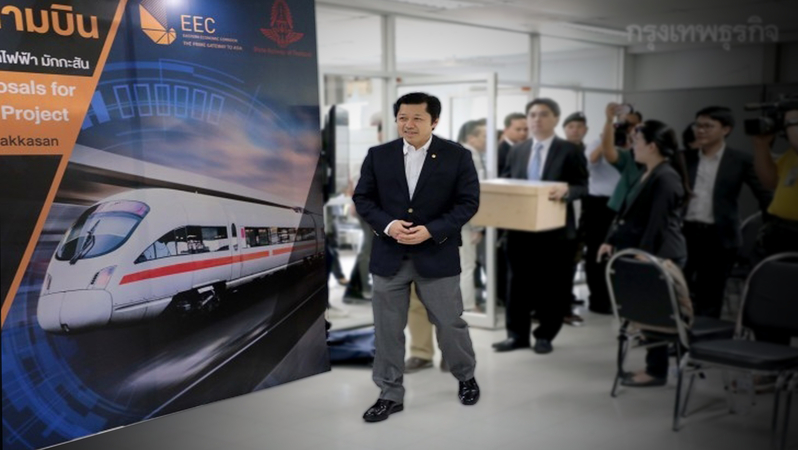 Charoen Pokphand Holdings (CPH) will sign the contract for the high-speed train project at Government House on Thursday (October 24), in the presence of the prime minister.

The project will see the linkup of three international airports: Suvarnabhumi, Don Muang and U-tapao.

This project has a joint-investment value of Bt220 billion and is a part of the government's mega development plan in the Eastern Economic Corridor.

High-speed train deal will be inked next week: PM