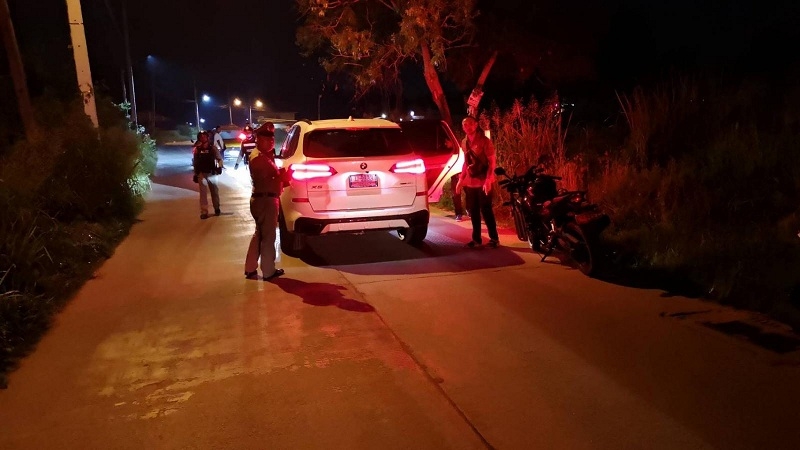 Police in Pattaya’s Bang Lamung district were called out in the early hours of this morning to an incident involving the stabbing of a 28-year-old South Korean tourist later identified as Park Jin-hyung.

Pol Capt Romran Srikripak said police were notified at 2am of a young man lying in a pool of blood. He was given first aid by rescue personnel before being rushed to a hospital. The victim had been stabbed 17 times.

Local taxi driver Wichian Wiyasing called in the police after stopping to examine a white BMW sedan parked on the wrong side of the road with its back door open. He told police he saw the blood-soaked victim getting out of the car and screaming for help. The police also found a knife, a pair of gloves, another car key, and Bt400,000 in cash at the scene.

The police said the victim was still in a coma and speculated that there were at least three attackers. The motive, they said, could be a business or personal conflict since the offenders were not interested in the victim’s belongings. The investigators are hoping to identify the perpetrators through their fingerprints.

Ampa Pakaew, the victim’s girlfriend, told police she had lost contact with Park Jin-hyung around midnight and had no idea why he had been attacked as he had no problems with anyone.